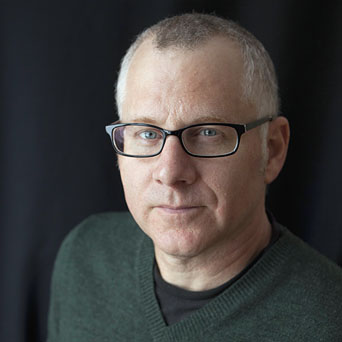 Recently, Brad Listi had Tom Perrotta on the Other People podcast. Perrotta talked about writing novels, as well as his new Nine Inches collection. Perrotta, best known for Election and The Abstinence Teacher, said that writing the middles of his novels is the best part of it.

Short stories, he said, just get going when you have to shut them down.

The first part of novels are essentially laying out the ground-work, setting up characters and plot.

The ending is when the author has to tie it all up into a neat -- or not so -- bow. Or tie it off, I suppose. But, you know, certainly with the tie, Ty.

I've written four books (one publishable) and I'm starting another.

I dig the research part of writing -- the part where you're reading and taking notes and learning so much. Billy Sunday? OK, let's read about him for a few days. Tenant farming in the 1930s? Why not search the internet for bookstores with old out-of-print books I have to have. Great.

And the first few thousand words, where you're just letting the characters talk and you're doing that scene-setting, that's good stuff. And maybe the ending, if you had one in mind, is a great spot to bring it all together.

The middle, as Perrotta said, is a good spot. Your characters are doing the stuff you want them to do, but they don't have to have everything line up perfectly, as they do in the last part. So often, if a character does a thing in the 80-90% part of your manuscript, that action has to mean something. It has to move forward and look behind. It's connective tissue with a purpose. You know, the connecting.

The first part is the setting-up. The middle part is the action, the story. The doing. And then the ending is, well, the ending. The End. Hooray.

The parts between, that's the hard slogging. That isn't the stained glass window or the beautiful oak door. That's the mortar, that's the part you have to get just right, so that everything settles in perfectly.

Maybe some writers hate starting books, but I can't believe that. Why would you keep writing? Why sit down to the desk in the first place? And everyone loves to finish writing, at least in that moment. Before a few days pass and you remember all the stuff you should have put in the book. The research you forgot about. How you'd meant to include a section about tenant farming, but forgot all about it once the sheriff shot that woman. Time to go back in and add a scene, I guess. Probably, of course, around page 40.

For me it's the 3/4 mark leading to the tie up. But I try to plan things just a little bit so getting there isn't that hard.

Middles are the hardest part for me. I get a beginning, and I often know how I want the story to end. getting there can be a bitch. (Example in a PI story: beginning: he gets the case. Ending: He selves the case. Middle: How?)

Stravinsky once said the hardest part of any composition for him was the first page, the first note. Anything can happen. Once you put a single mark on the paper, you options become more limited, thus limiting the number of decisions (or mistakes) that can be made.