I was at a music festival over the weekend. Being married to a superstar journalist has many perks, and one of them, I've now learned, is getting a media pass to Scotland's biggest open air music festival. Neither of us could ever claim that the perks of married life in Scotland involve brilliant sunshine, but we had that over the weekend too.

I discovered a personal time capsule. We were sat in the sun listening to a band, and I suddenly remembered loving that band. About three songs into Deacon Blue's set, I realised I'd gone from "hey, I remember them, I can sing along to a couple of their hits," to "shit, there was a time when I loved this band, and now I can remember not only lyrics to album tracks, but also tell you the track listings from each of those albums." 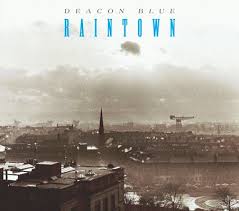 Looking back knowing myself much better as a 30-something, I could explain exactly where and why they fit into the development of my personal tastes. I could talk about the different voice they had to all the other music I heard at the time, and how they combined the kinds of social realities that I'm drawn to in my fiction into musical hooks. I could make grand claims that the working class anthems like Wages Day and Loaded had the same spirit I was finding in Sprinsgteen, folk and punk. I could make derogatory remarks about bands like Blur and Oasis, and how much I wanted to get away from their brands of fakery.

But that's not really what it's about. A moment like that, the moment when I was briefly hit with memories, is about travelling back to times and feelings, about who and where you were at a particular point, rather than how you can explain it away now.

Most of all, listening to that set in the sunshine was about the summer I drove my family insane with one band. I'd been dragged away on a family holiday that I didn't want to be on (being away from my social life on my birthday as a teenager? Hell.) Even worse, it was a holiday to a little cottage miles from anywhere that had no electricity. As a compromise, we took a stereo, one that ran on rechargeable batteries that could be juiced up in the car. I had my assortment of cassettes, but the only CD I had on the trip was a birthday present- Deacon Blue's greatest hits (Our Town, 1995) and in those teenage ways I was going to steal a victory; the one abiding memory my family have of those two weeks is that one CD, over, and over, and over again. I think the opening notes of Dingity still make my parents break out in a cold sweat. That holiday might have been hell-on-earth for me as a teenager, but it's a fun memory to have. They're the kinds of things that you need to have in your locker, to make you smile two decades later in the middle of a field. 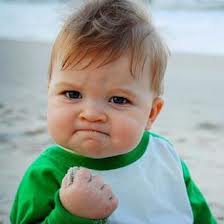 Do I still feel the same way about the band? No. Not really. But there was one final trick. I listened to some of their songs today as I walked home from work. I got to one track that I remember loving as a kid; fellow hoodlums. The song is full of references to landmarks and places in Glasgow. The Clyde, Buchanan Street, Hampden, St. Enoch, Partick and Cowcaddens. As a teenager growing up in the midlands, none of these references would have meant anything to me other than as the lyrics to a fun song. But, listening to it again today, walking along the Clyde and passed both St. Enoch and Buchanan Street, I realised how much my life had changed.

I have similar experiences with music, remembering the albums, tracks, and musicians from years ago, even if i haven't thought of them for years. I can also listen to certain pieces of music and place myself to where I was for a particular performance. (Example: listening to a Boston Symphony live recording of Mahler's Sixth Symphony, I could see the orchestra in the hall from the seat I occupied during the recorded performances.)

I would have had a more descriptive comment, but I saw you were a teenager in 1995 and instantly hated you.

I have playlists on my iPod made up of album sides - that's the way music is supposed to be listened to, one album side at a time.