The Secret (and still unwritten) History of Rural Noir...

...or, some rambling thoughts on rural noir.

[But first, some business. Yesterday the Spinetingler Awards nominees were announced and today the polls are open. Check out the nominees (Cover, Short Story on the Web, Anthology/Short Story Collection, Novella/Short Novel, Rising Star/Legends, New Voice) and go vote.]

There was a telling moment early on in the first season of The Voice, NBC's singing talent show. It happened fast, was likely missed by most viewers, and was so small that I can't even find it on Youtube. Blake Shelton, who hadn't fully developed his papa bear persona yet, was trying to persuade a contestant that HE was the county guy and because of what she wanted to do she should pick him. Cee-Lo interjected by saying something to the effect of "Now, wait a minute, I'm country too". The entire exchange played out as a light hearted moment, that Cee-Lo of all people could mentor a country singer. But I saw that Blake Shelton, in that moment, had a very narrow view of his chosen genre of music, the themes it might entail, who can perform it, and where they must be from.

That brief exchange represented a few facets of an ongoing struggle in that involves race. One of my favorite Bill Withers quotes embodies this struggle for recognition and standing in a culture and geography that either doesn't want it or would rather turn a blind eye.

“You gonna tell me the history of the blues? I am the goddam blues. Look at me. Shit. I’m from , I’m the first man in my family not to work in the coal mines, my mother scrubbed floors on her knees for a living, and you’re going to tell me about the goddam blues because you read some book written by John Hammond? Kiss my ass.” -- Bill Withers

Cee-Lo wasn't wrong. As a born and bred boy his southern experience equals Blake Shelton’s; even if his skin color is different.  There's a great line from the Killer Mike song "Untitled" that goes:

“And I keep a blunt and a Bible and a gun on me/Why? Cause I'm country-bred/Actually, I'm south-er-ern/Something like my brethren/The legendary Andre 3K, Cee Lo, Goodie, and some other men”

The sentiment expressed here is right in line with some of the Redneck-pride anthems that get played on the radio all the time. So why the gulf? Given how intertwined the history of the blues and country music are (its own topic really: the banjo is an instrument of African origins, musically Hank Williams Sr and Muddy Waters are very similar, you take both genres back to a guy like Jimmie Rogers and things get real murky) there shouldn't really be a gulf but there is. Therein of course lies the rub and I don't have an easy answer because there isn't one.

A lot of country music fans are painfully unaware of the full scope of the genre that they claim to love. Ask a Toby Keith fan about the country music scene and you'll get blank stares.  Play that same fan a song by The Carolina Chocolate Drops then show them a picture of the band if you really want to blow some minds.

The death of Tom Connors recently didn't even garner a mention on the local country stations top rated morning show. The idea of a based country band, or other sub-genres, or even music from other countries (like the vibrant Australian Aboriginal country music scene) is anathema to the country radio machine and its adherents. But this post isn't really about music but what this lack of understanding and a lack of desire to be open to others represent.

So what does this have to do with rural noir? Maybe nothing. Maybe something.

One of the more popular current TV shows right now is Justified, a show, partially, about the rural white working class in Kentucky; the bread and butter characters of rural noir. In a show filled with great characters one of the fan favorites breaks this mold, Ellstin Limehouse. 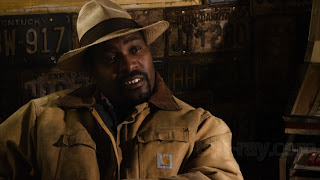 Limehouse heads up a clan of black working class folks, with their own holler, trying to carve their own way.  The characters of Justified are largely ignored by a society who doesn't want to see stark Appalachian poverty and the sometimes illegal means to overcome it. But even among this motley crew of working class whites the black characters are even more invisible. In fact, their invisibility is like a shroud of protection because their main currency is information. Just because you forget about them doesn’t mean they aren’t there. And what you say around them when you forget they are there you say at your own peril.

Would it surprise you to learn that Noble's Holler (Limehouse's land) is based on a real place?

The Coe Ridge Colony was founded after The Civil War by freed slaves. After a bloody series of conflicts with surrounding white land owners the residents of Coe Ridge were feared and left the hell alone. Their fight to be left alone on their own land proved to be an ongoing struggle requiring constant vigil, and this is similarly expressed by Elstin Limehouse. Because hostile and armed white men were not welcome at Coe Ridge some white women used it as a refuge (sound familiar fans of Justified?). Coe Ridge would continue on until the mid 20th century, when, getting into the moonshine business would prove to scatter its residents far and wide.

There's a reason why Bill Withers is so upset in the above quote. There's something in his very being that an outsider can never understand.

There's actually a term for these forgotten hill folk, The Afrilachians.

After watching the movie Winter’s Bone my wife and I had a conversation about the thematic similarities between it and The Wire. And when we think of the people in stories being presented by a writer like Daniel Woodrell it is easy to conjure an image. Maybe one like this: 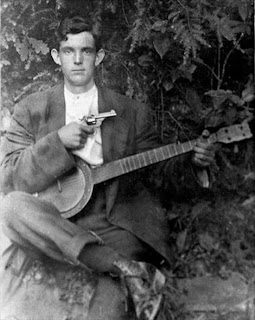 in the 30’s and 40’s had a black Appalachian population in some counties as high as 25%. These folks were miners, mountaineers, and railroad workers. Look at these photographs from the 30's through the 50’s and our preconceived notions begin to change. Look at the young man in this first picture and tell me you can't imagine a young Limehouse taking his protection duties very seriously. 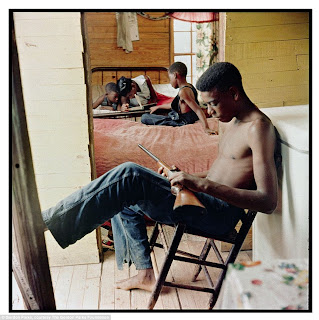 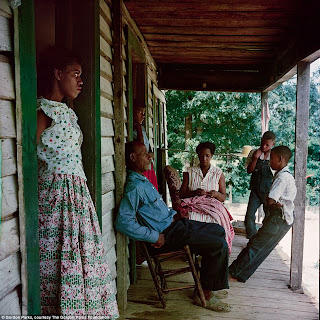 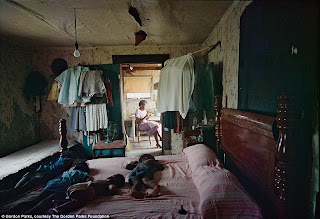 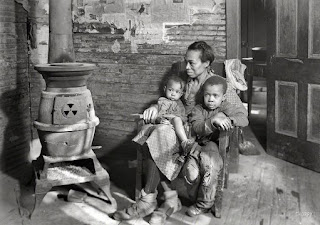 I for one can't wait to read the great Afrilachian novel that encompasses the spirit of Harriett Tubman forcing runaway slaves forward at gunpoint (which actually did happen), to the bloody war for a freedom that never really came as promised, to all the lingering battles that came afterward, to the almost isolationistic clan mentality of wanting to be left alone at all costs, to the moonshine exploits, to the parallels between The Great Migration and The Hillbilly Highway, and everything in between and after.  It’s a damn shame it isn’t written yet.

I'm not advocating a token multiculturalism, sticking a black character in a story. But I am advocating keeping an open mind about narrative possibilities. The writers of Justified were able to use a historical settlement to create one of the more dynamic and complex TV characters in recent years.


Posted by Brian Lindenmuth at 4:00 AM

The John Sayles movie, "Matewan," covers a lot of these themes, too, or the roots of them. His novel, "Union Dues," brings the themes up to the 70s.

The book, "Faking It," has some interesting things to say about how the early roots of country and blues were a lot more mixed until that guy went and made the recordings and then record companies kept it pretty seperate:

Divide and conquer, it's been working for centuries. If the black and white working class (or working poor, as we're now saying apparently) ever got together that would be a real power base. Of course, there'd be some good manipulation - I guess they'd get together to fight immigration.

I'm late to the party, but my current favourite country musician from Alberta is Corb Lund and the Hurtin' Albertans:

I hadn't heard the term 'Rural Noir' but I like it. My collaborator James A. Moore and I have written two crime/horror novels set in the Mountains of North Georgia, where I grew up. We've been calling it Redneck Gothic.

Black dude pointing his rifle in the direction of the little kids is a moron.