Something in the Sunday paper struck me. It was a baseball bat. And how it got into my pajamas, I’ll never know.

Something else, though. In an article about the fiftieth anniversary of a certain university press, the interim publishing director was speaking about  those people in the book publishing business and said this:


There’s a warmth to a book that plastic computer screens don’t have….It’s the same as a furniture maker who loves making furniture. There’s a craft element to it. What image do you put on the cover? What typography does inside? What kind of paper do you use? Of course, when you look at e-books, there’s a technology aspect to it that’s every bit as much a craft. But I don’t think this is the demise of the book.

Now, it is certainly possible that the reporter asked some leading question, something along the lines of “Are e-books the end of civilization?” 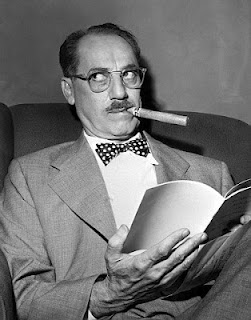 Still, I’d wager the three dollars I have in my pocket that the e-books published by these folks have cover art. And typography. That the visual aspect of the book – big headers, small headers – has taken some crafting, as well. To publish an e-book, one does not simply up a text doc to the cloud anymore than one simply walks into Mordor. One must walk into Mordor very, very complicatedly with hours of tedious backstory. The same is true of books, whether “e” or “p.”

I don’t merely look at books. I read them, usually on my Kindle Fire, because inside of a dog it's too dark to read on my K3.

I was, in fact, looking for a book this weekend so that I could loan it out to someone. As it happens, I’d read it on my Kindle. In all seriousness, maybe I should have known whether I’d read those words on a screen or on sheets of paper. I suppose it matters to some people. It doesn’t matter to me.

And speaking, as I almost was earlier, of Eric Blair’s famous Vaudeville show, “Shooting An Elephant in My Pajamas,” I made my way down my driveway Sunday morning for the paper that had the story about the university press inside.

I could have just downloaded the newspaper to my Kindle, as it is available in the newsstand. I didn’t, though. Of course, it would have been less expensive had I downloaded it. And I would have gotten it sooner. And I wouldn’t have had to walk outside in my admittedly lovely black-watch pj bottoms and “All your base are belong to us” t-shirt. But, and here’s the important thing, had I downloaded that newspaper and read the story about the publishing world, I would not have been able to enjoy the crafted typography of the print version.

I enjoyed your analysis and think it's pretty accurate. When I made my eBook, I was darn sure to research all the elements of craft I can so that it could appear as a legitimate form.

Plus, I like the LOTR reference. My inner (outer/entirely pervasive) nerd particularly jumped at that.