This week's posts here at Do Some Damage have possessed a downer vibe of late. After Brian dropped a post on rural noir and John wrote a fun post on the movie, "Slapstick," Steve and Jay bounced around the concept of socially aware crime fiction. Russell wrote elegantly about Iain Banks who announced he was battling terminal cancer. We lost a great writer in Roger Ebert on Thursday, and, on the same day, we lost Carmine Infantino. 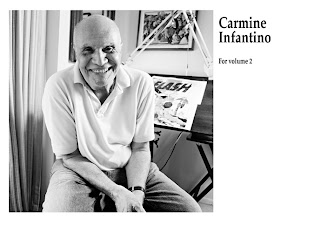 If you don't know his name, you know his work. He was a penciler at DC Comics in the 1950s and it was his artwork that gave the revamped Flash character his visual energy. Up until 1956, the only Flash character was the golden age one, the dude with the FTD helmet on his head (How, exactly, did that thing stay on? That's him below on the right.) Infantino's new red full body suit with yellow lightening highlights gave the hero an atomic age style, a year before Sputnik began it's red orbit around the Earth.

Because the Flash was a success, Green Lantern was rebooted soon thereafter. Gone was the blond dude with the giant cape and multi-colored costume. In its place was a space cop in fighter pilot Hal Jordan who joined in intergalactic police force called the Green Lantern Corps. (That's not his art below on the GL cover, but you can easily see Infantino's influence.) These space-aged heroes ultimately led to the creation of the Justice League of America, and, in the spirit of competition, Marvel created the Fantastic Four. 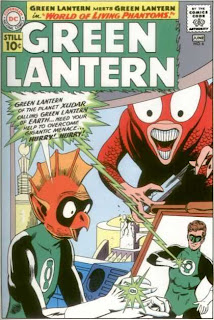 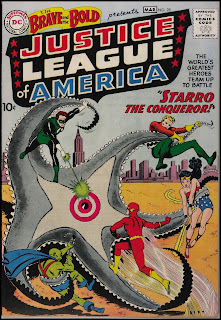 Infantino also had a hand in creating the "new look" of Batman and Robin in the mid 1960s. You know what I'm talking about even if you don't know the term. Infantino put the bat symbol on Batman's chest inside the yellow oval. He modernized the utility belt and the length of the cape (shorter, actually). Robin's costume became more detailed, and the villains just a bit more surreal. I know you'll recognize this iconic image of the Dynamic Duo. 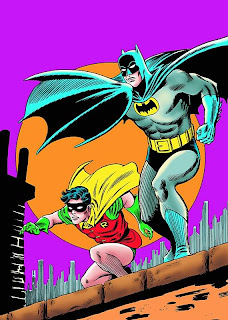 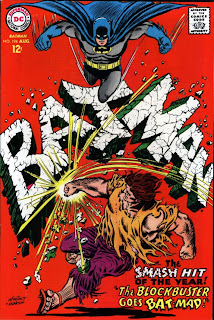 As a child of the 1970s when I first started reading comics, I missed all of that, but I caught it in back issues and compilations. For all the good Infantino did for DC Comics in the 1960s and 1970s, it was as the penciller for the comic book adaptation of Star Wars that I, a youngster, first took notice of the man. And, truth be told, I didn't like his visual style of Star Wars. He made Princess Leia's distinctive hair style literally look like sharp cinnamon rolls that, in a pinch, could be detached and hurled at an enemy. His Luke Skywalker ceased being Mark Hamill and became, well, something else. Ironically, it was his energetic art style that gave the droids a life they could never have on the silver screen. 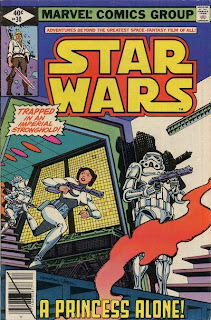 This talk about my dislike of Infantino at the occasion of his passing may seem odd, but it underlines a salient point: as a ten-year old, when I didn't know any of the artists or writers, Infantino was the first comic book artist I could identify by name. I knew his style even if I didn't always appreciate it when drawing the adventurers in the galaxy far, far away. As I grew up and learned more and more about the history of comics, I have come to realize and appreciate his importance in the industry and truly enjoy his earlier work, particularly his work on Batman in the 1960s and those great covers, especially the ones that break the fourth wall.

Like many veteran writers and artist of comic books, Infantino hadn't worked on a book in a while (as far as I know). But he left his indelible mark on the universe of DC Comics, the reverberations of which are still felt today, over fifty-five years since he decided that the Flash needed a makeover.

Thank you, Mr. Infantino, for your work and your influence. We are all grateful.
Posted by Scott D. Parker at 1:00 AM

He was one of the best.

Attended an interesting panel on Black Superheroes and he claimed Green Lantern was originally black. Online sources differ on that question. But at any rate, black superheroes had a tough time.