Burning down the house

Stick with me for a little Chicago history lesson and I give away some goodies at the end. Or, if you're an impatient bastard, just jump to the end for the free stuff. But you'll feel guilty. You know you will. 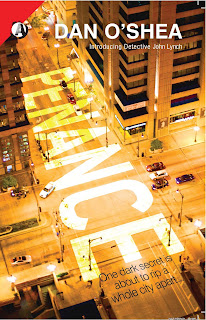 OK, the promised giveaway. In my lifetime, the State of Illinois has had nine governors. Guess how many of them have ended up in prison?  I’ve got signed ARCs of Penance for the first two right answers.

I'm going to go with four.

And I say five.

Good points abut setting. My current series is set in a fictional small town based on the geography and history of the town where I grew up. There's no way I can write these stories without drawing on that.

I know very little about Chicago history. I'm looking forward to this book.

Divide and conquer has always been an effective way to keep people down. A Chicago union leader in the 70s, Ed Sadlowski, said, "You can't be a union man and a racist." Of course, he never became governor....

This books seems interesting and I'd love to read more about the history from the perspective of an involved character.

And the correct answer is *drumroll* four.

First, Otto Kerner. The famously corrupt Kerner never met a bribe he wouldn't pocket. His undoing was a developer who assumed that bribes were so much a part of the political culture of the state that he deducted them on his tax return as a cost of business, which gave the Feds some pretty easy evidence.

Then you had Dan Walker, who went down for bank fraud, although at least he had the common decency to wait to engage in that fraud until he'd leveraged his faux populist political career into ownership in a bank.

Then our last two governors. Yep, two in a row. And lest you think that the Chicago Democratic Machine is the cesspool from which all Illinoins corruption springs, it should be noted that the first of the two, George Ryan, was a long-time apparatchik of the suburban- and downstate-based Republican party power structure. He went down for a litany of banal cronyism too long and depressing to detail here.

Finally the spectacularly and ineptly corrupt Rod Blagojevich, who the Feds caught, on tape, trying to shake down everybody for everything - including a children's hospital - and, also, for trying to sell the US senate seat left empty when Obama was elected president (state govenors get to appoint someone for the balance of the term). He was caught on tape saying "I’ve got this thing and it’s fucking golden, and, uh, uh, I’m just not giving it up for fuckin’ nothing. I’m not gonna do it."

So the winners are Zach Barnes and Dana King. Hit me up with your mailing addresses gents and I'll pop your ARCs in the post.