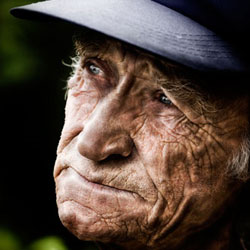 
Gus Flaubert wanted to write a novel without plot or characters – just using style. Maybe he did. Hell if I know. I just remember reading that somewhere probably twenty years ago.

Not sure I’d be in favor of that. I mean, no plot, sure. Sign me up. I’m not much of a plotter. I like the characters. The creating people aspect of writing.

Recently I had the following conversation with another writer:

But he was right. That’s what I do. Put a couple of people together and see what develops. I don’t have a giant mythos I’m trying to spread. I’m not trying to prove any kind of point. I’m not pitting the forces of good against evil. I’m not solving Da Vinci’s code or figuring out why some old man in Sweden is getting pressed flowers from his dead relative. I’m just making characters and putting them in rooms and watching them talk. Or, you know, not always with the rooms.

“The stars,” she said. “See how close together they are? Almost touching? Look.” She took his fingers, pressed them together to hold a star. “You can almost touch one to another. Feel the light, one against the other. The fire.”
He said okay. Sure.
She rolled back into the dark field.
“But then you get close,” she said, “and it turns out they’re millions and millions of miles away. Did you know that?”
He said he didn’t.

“The closest star, I mean one to another, the closest one is like a hundred million light years from the next one, like in the whole universe. And the closer you get to a star, like they look close together now, but if you were to fly up there, all that way, the closer you get to the stars, the further away you are from the next one. The further away everything is.”
He said he didn’t know that. He closed his eyes, thought about the tips of her fingers on his, pressing together. The flat of her thumb against the knuckle of his. The tip of her index finger guiding his. He’d seen a movie, maybe a documentary, and a soldier had stepped on a land mine in the desert darkness. Had blown both his legs off. And he woke up, still feeling the legs. Still feeling the weight. It was called a “phantom” something. Feeling it pressed against you. He wondered how long that could last.

He heard something. Something deep. Something throbbing. Then a little light in the distance. Like stars on the ground. Only not stars. Not stars, at all. He looked across to see wavy shadows moving in and out of the light as people were coming toward them, getting bigger the closer they came.
“Staci,” one of the guys said.  They were all wearing their red football jerseys, jeans, boots. “You all right?”
“Yeah,” she said, wiping her mouth with the back of her hand. “I think—” She swallowed. “I think those Jello shots put me over the edge. Somebody oughta check those.”
Rusty sat watching. No one said anything to him.
One of them reached a hand down for Staci. Then they walked away, toward the house, their football jerseys shining in the moonlight, the stars, the house lights. Everything reflecting off them.
Alone in the field, he watched everything move further away.

That’s the opening to one of the stories in my Country Hardball collection.  Just a couple of kids lying in a field outside a party. The story doesn’t have much of a plot at all. You watch things develop, but there ain’t no ticking time bomb of world plague. The world that falls apart is entirely Rusty’s. I don’t care as much what happens to the isle of Manhattan as much as I care about what happens to this character.
I have a number of characters in the collection. I don’t if you can have a dozen main characters, but that’s kinda what’s going on.

Roy Alison is in there. You may remember him from “The Ravine.” He’s got a hefty backstory.

“I know who you are, shitface.” He raced the barrels of the shotgun to my face. “Everybody knows who you are. You’re the piece of shit who killed his parents. “
That stopped me. I guess I’ll never get used to that. Never get away from it. Which is fine. I did kill my parents.
I was sixteen. Sitting in my room. Not bothering anyone. Put on some Blue Oyster Cult. Dropped a couple tabs of pumpkinhead. An hour later my mom busted into my room. My dad had been having kidney trouble a while and had passed out. She didn’t want to wait for an ambulance because we were out in the country. And she hated ambulances. Said they were a rip-off. So she loaded my dad into the backseat of the Impala and I was supposed to drive them to the ER. Yeah. Funny story. I thought the oncoming headlights were calling to me. Calling me home. So we all made it to the ER in ambulances. Of course, my mom and dad didn’t need ambulances by the time they got there.

That’s from “The Ravine,” the first Roy Alison story I wrote. That’s who he is. Who he’ll always be. The boy who killed his parents. You don’t just walk away from that. That defines who you are. Roy spends years trying to get his shit together, going in and out of various types of jails. Finally, when we really get to meet him in Country Hardball, he’s essentially moved in with his grandmother. If this were a made-for-tv movie, her influence would help save him. He’d learn some crap. You know, how he has to devote himself to creating a Seatbelt Foundation For Children. But that’s not who he is.

That’s what happens in “The Ravine.” Roy is trying to be a good guy. He’s trying to keep the violence under control. And then he’s placed in a difficult situation. If I’m doing my job properly as a writer, you’re full of hope for him. You’re not worried that he can’t defuse the bomb and therefore Manhattan will explode.

You’re worried that he can’t defuse himself and all he’s worked for, those little steps he’s taken each day to get his life back, that they’ll all be gone in the swing of a bat.

Just a couple of people in a room. Talking to each other. Because I’m not interested in stories about a nuclear explosion leveling Manhattan.

Like the old saying often attributed to Stalin: "The death of one man is a tragedy. The death of millions is a statistic."

Email ThisBlogThis!Share to TwitterShare to FacebookShare to Pinterest
Labels: character

This is a wonderful post. I really enjoyed the excerpts and want to read more. Also, style is character.

Thoroughly enjoyable post. A friend of mine always says character is story. ;-)