The Plot Thickens... and sags and dips and curves...

If you don't know where you're going, how will you know when you get there?

The black-and-white side of my brain believes that. You need a direction to get where you're going. A+B=C. But this other side of my brain wanders into the subjective, and then I get frustrated. When you put me into the realms of unknown quantities, I can go crazy.

Yet when it comes to writing, I can't do it any other way. Years ago, I took a creative writing diploma program through correspondence. And when it came time to touch on novel writing, we were taught to plot out the book and prepare an outline before starting. Years later, in a critique from a published author, they told me much the same, and even showed samples of prepared character bios that they made before they started writing the book. 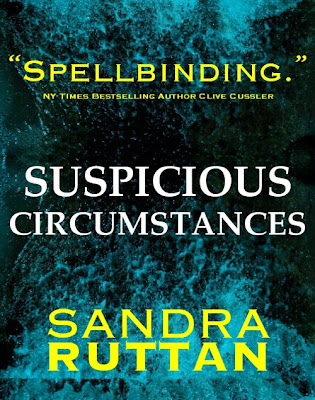 It was back then that I started SUSPICIOUS CIRCUMSTANCES. I had character bios. I had an outline. I had a plan. Everything was great.

And then I moved, misplaced my files, switched computers, and months went by after I convinced myself the project was crap and quit working on it.

When I returned to the manuscript I'd started almost a year earlier, I made a few discoveries. It wasn't crap. It was good. But I'd lost the outline and didn't have a clue where the story was going anymore.

The greatest thing about that was, I started re-reading what I'd written, and decided to listen to the characters. I got to know them. It was like peeling the layers off an onion, and as I learned more and more about them, the story fell into place.

I'm not one of the writers who thinks you have to know everything about a character before you start writing about them. I also don't think the reader should expect to get a nutshell synopsis of a character's whole life. We don't know everything about anyone when we first meet them. It is through our interactions and our time spent with them that we discover all the interesting little things. Just a few weeks ago, I said something offhanded to Patrick. It was so offhanded I don't even remember what it was. I was doing laundry, and he was talking my ear off, and I made some comment and he said, "I never knew that about you. Every day I learn something new about you."

I said that's what a relationship is, like an ongoing discovery about another person. 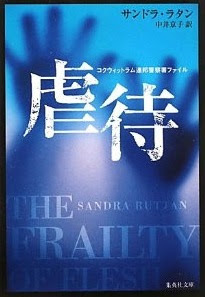 Occasionally, when I sit down to start a manuscript, I do have something that's inspired the general story. There will be a topic I want to touch on, and I'll put that in the pot and stir it around and see what comes out. I did that when I wrote The Frailty of Flesh. I'd been working in the GVA, and was the director of a child care center and summer camp program, working with over 100 high needs students annually, as well as two dozen staff I was responsible to train and oversee.

And something happened to one of my kids. Something that prompted the school staff to ask me to support a report to social services against the parent. On our own, we didn't have enough, but together, we finally did. We made the report, and as soon as the parent found out she moved a few blocks over city lines. Since she was now out of our jurisdiction, our report wasn't investigated.

I spent that whole book working out my frustration with the system. And in the midst of it, I read about the deaths of some children in the system, who'd been removed from their homes. Natives. Or Aboriginals, as we call them now. Native kids dying in foster homes at the hands of white people.

Suddenly, Tain clicked into place. I started that book knowing I was going to rip Ashlyn's life apart, but the unfolding of Tain's story gutted me personally.

My greatest compliment ever was hearing from Sean Chercover after he'd read the book, and learning it had reduced him to the edge of tears. That was the translation of all that emotion I had, onto the page.

I occasionally have a specific event or scene in mind that I think will be in the book. That was also true with THE FRAILTY OF FLESH, but I won't give you spoilers.

There is only one book I've written where I knew what the last scene would be before I started. Some people call that Distant Shores. It's when you know where you're going, in general, but as you navigate across the river you might go upstream or downstream a bit instead of straight across. You might have to dodge driftwood or hazards under the water... but you have the general idea in mind when you start. 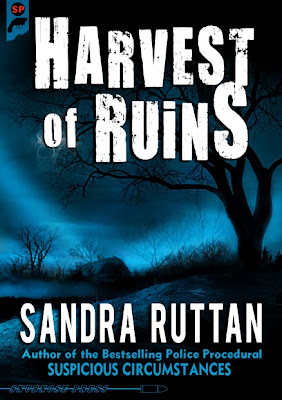 For all the rest of my books, they've centered on characters and ideas. In the case of HARVEST OF RUINS, I started the book in 2007. The book went through about four incarnations. It was retitled BELOW THE LIGHT at one point. I had to revisit the whole manuscript at one point and restructure the framework.

In short, I never know what the journey from start to finish will look like. Joelle and I seem to both feed primarily off the characters and their dialogue and listen to them for direction. It works for me. When I have tried to write with an outline, it's felt stilted and forced and I feel like I'm holding the characters back so that I can check off boxes instead of let the story unfold.

For other people, the meticulous planning works perfectly. I've learned there's no one right way to develop the plot or approach your writing. As a writer, you have to learn to recognize your own strengths and weaknesses, and tailor your approach to be most effective for you.
Posted by Sandra Ruttan at 3:20 AM

The more I know about a story when I sit down to write, the more I hate writing it.

Only in flash stories do I end up where I expected to. In a restaurant I'm also the guy who announces, "I'm going to have the stuffed flounder," and when the server gets to me, I order the pork loin. It drives one friend so crazy that she's threatening to stop eating out with me.

I love the concept of Distant Shores. Knowing where you are going and sailing to get there. You and I seem to always get to the distant shores, but it isn't the ones we originally intended to go. I guess that half the fun is in the adventure of getting there:)

Patti, that's exactly how I feel!

Al, that's a great point, actually. Short stories are the exact opposite of novels for me - I have to plot them carefully, or else I'll be foiled by the subplots I don't have time for.

Joelle, I do like the adventure. It's part of the intrigue of writing and creating, for me, anyway.