My Real Issue With DC's New 52

I guess I feel the way I do because I’m a dad.

If the goal of the recent reboot of the entire universe over at DC Comics was to get people talking, reading, and responding to comics again, then the New 52 Campaign is an unqualified success. But I thought the stated goal was to gain new readers. In that, DC is a qualified success.

Most of the talk has centered around a couple of sex scenes, one with Catwoman and Batman, and another with a bikini-clad Starfire having casual sex with some of her team members. Commenters and authors all over have basically come down on a couple of sides. One, the sexy scenes hide the true pitfall of the books: that the story isn’t good. While I haven’t read all 52 titles yet, Batwoman, Batgirl, and the ladies of Birds of Prey manage to have some kick-ass action and storytelling while still remaining fully dressed. Two, sex has been a part of comics for a long time so what’s the big deal showing a bunch of cleavage, ab muscles, and having super-powered copulation?

The problem I see with those answers, especially #2, is that it drives away readers. Not exactly the goal of this entire thing, is it?

Perhaps the most famous reaction so far has come from a 7-year-old girl (linked everywhere, but here’s the original). The lass is a fan of comics, saves up allowance money to buy comics, and watches Teen Titans on TV. In the show, Starfire is depicted one way and, because it’s Cartoon Network and has to pass TV censors, you can pretty much guess that she’s not the vixen portrayed in the new comic. The entire article is a fascinating glimpse into how children see heroes. My favorite quote is this, where the girl states what she wants her heroine to do:

“I want her to be a hero, fighting things and be strong and helping people.”

“Because she’s what inspires me to be good.”

Despite how this first part of this post starts, this is not another essay on sexed up comics. It’s about readership. You think that little girl’s mother is going to let her daughter read another issue of Red Hood and the Outlaws? Better question: do you think the girl wants to read another issue? You can make a strong argument that DC has lost a reader who, at seven, could have been nurtured in the medium, become a regular reader, reading different comics as she grows up, and then introduces her kids to the joy of comics.

That kind of kid was me. I had what amounted to the perfect way to simultaneously grow up and continue reading comics. In the mid 1970s when I started reading comics, super heroes were still fun, often cheesy—remember those one-page ads for, say, Hostess Twinkies where Superman would save the dessert from the corny villain?—and didn’t have a lot of adult content. It also didn’t have any ratings listed on the covers. That all changed when I was in high school with the publication of both Batman: The Dark Knight Returns and Watchmen. That sophisticated, adult-themed content helped change comics into what it is today: a segregated industry who basically only caters to folks like me who like comics. A crucial point here is this: at 16, I was ready for those kinds of stories. I wasn’t at age ten.

Seeing the success of these types of comics, DC did an interesting thing: instead of shifting all the mainstream titles to this newer type of storytelling, they created the Vertigo line of comics. This separate universe almost always had the "Suggested for mature readers" tag on the cover. If you’re at a store in the early 1990s and you see the complete DC offering, you pretty much know what you’re going to get based on the cover. You see The Flash, he’s cool for your elementary kid. You see Sandman, give that to your teenaged kid. If you picked up a superhero title, you didn’t really have any fear that a member of the Green Lantern Corps was going to be sliced in half or that Starfire was going to sleep with any other member of the Teen Titans.

The best thing about this arrangement was the DC could accommodate to both the teen/adult audience as well as the younger folk. It was great. They could hook a reader with the Teen Titans, Batman, or Superman as kids, and then have those readers migrate to Vertigo titles while in high school. It was win-win, and you didn’t really need a ratings system.

Earlier this year, DC pulled out of the Comic Code Authority, basically the censors that had de facto control over comics from thee mid-1950s. In its place, DC initiated a ratings system:

So, with the big hoopla over the New 52 and the drive to have more readers, guess how many titles are rated E? None. Zero. (None for M, either.) So, tell me: since when does the drive for new readers all but ignore the younger audience? How, exactly, does DC hope to gain new readers—readers who may be hooked for life—when they don’t even try to aim for the youth market?

Fellow DSDer, Jay Stringer, has also been writing about comics. In the comments section of his Thursday column, he said this:

I don’t think the problem is that comic books aren't suitable for kids. The problem with the industry—for all ages—has been availability. These things used to be available on street corners and news agents. Now they're in specialist shops. The only way under-12's are getting into the shops is if their parents are into comics, or if the shop has some other lure, like toys or trading card games.

The comic book industry has totally failed for two generations now at getting comics into the hands of people who don't read comics. That's changing this month. DC comics have had TV ads, cinema ads, press coverage, their titles are available online on the day of release. So far very little of what I’ve seen has really been unsuitable for children, and those that have been are either horror books, westerns, or war comics. The 'mainstream' books that are probably not suitable for kids have failed in execution rather than content.

While I respectively disagree with Jay’s statement about the content of some of the titles I’ve read—examples here and here—I completely agree with his take on the main problem of distribution (and pricing; comics are out of the range of most kids). It is why I am super excited about day-and-date digital comics. Like the budding short story boom on e-readers, I’m really hoping to see a new flood of new readers who own iPads and love super heroes to start buying comics.

I just wish I could give some of those titles to my ten-year-old.

Book of the Week: Fellow DSDer, Joelle Charbonneau is out with her second Rebecca Robbins book, Skating Over the Line. Her first one, Skating Around the Law, completely upended my reading life, and I’m ready to dig in to the latest offering.

The one thing I've noticed from interviews with my favorite writers - Woodrell, Sallis, Lansdale, @swierczy [DuaneSwierczynski] - is that they all say the same thing: If you're not having fun with writing, you're doing it wrong. And they're words to live by. If you're taking this writing shit too seriously, you need to find something else to fucking do.

Not the way I’d express it, but the dude hits the nail on the head.

How long since a truly relevant Thanksgiving Day game in Detroit? And I don't remember it EVER being the game of the week.

Love that the perpetual underdogs—Buffalo, Detroit, Cleveland, and, yes, Houston—are doing so well early this season. And if you are a NFL fan and not reading King's Monday Morning Quarterback column, Monday is only two days away. Seriously, it is simply my favorite part of the NFL season after watching the Houston Texans. 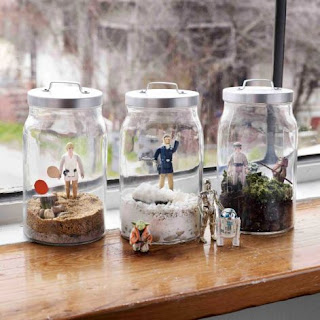 Saw this in the Houston Chronicle this week. Man! How fun are those.

To be honest though, the people posting the examples you site are being a bit thrifty with context. Which is par for the course with Bleeding Cool, it's a website that courts gossip and controversy over content and context.

But two of the bloodiest examples are from Wonder Woman. All of the talk, and all of the pre-publicity from the writer, has been that this is a modern horror story, with ancient greek gods wreaking destruction. So that's one of the books i cite in my comment.

Two of them - believe- are from Bat Wing. That's a story set in the DRC, and features a main character who's parents died from aids. It's not a mainstream superhero book.

The examples from Batman books, well....we don't SEE Jokers face being cut off, we just see the flappy skin afterwards. We don't see that murder taking place in BATMAN 1, we just see the corpse. And these books, ALL of the books in that example, were classified as suitable for 12+ so we're talking about teenagers.

If we compare these books, classified as suitable for teenagers, to things that happen in novels (that don't come with age classifications) tv (that doesn't have enforced age classifications) or to what goes on in 12A/PG13 films, then in my opinion we'd be unfair to hold comics to a different standard.

It also strikes me that when it comes to the kinds of censorship debates that are coming up over this, as with Doctor Who this year, it's only ever adults that complain. The kids don't. The kids like to be challenged and entertained.

The real issues are the other examples, the Starfire and the Catwoman. And they're way more complicated than simply whether they're appropriate for kids. There's issues there of how women are being depicted and objectified. They're two very bad examples amidst a month that's seen some very strong depictions of women, but they're still two unacceptable depictions.

But, again, it's down to execution rather than what the story is about. Selina Kyle has always been a woman addicted to thrills, with a dark side, who has the occasional steamy encounter with Batman. Exactly the same story could have been told in a much better way, without so much objectification, and it would have been fine and suitable.

For Starfire the point was to show two things. One that she's alien, she's not human, and she doesn't always understand human rules. Two that she see's herself as free to do what she wants, when she wants. There were many, many other ways these points could have been out across, so again, it's execution that's the problem.

I wish sites like bleeding Cool would stop whipping up frenzy over the few bad examples, and talk about some positives, and how to get the very many good comics into the hands of women and children. Get the good work to sell, then the bad work will vanish.

The Power of Words Softly Spoken

By Claire Booth A bright yellow ray of sunlight and future promise came out on Wednesday. Sure, there was Joe Biden, but I’m talking about A...