A couple weeks ago my good friend Randy McIlwaine took me on a walking tour of his old neighbourhood of Point St. Charles in Montreal. Wikipedia describes the Point as, “...one of Canada's first industrial slums,” and says that today it is still, “...considered the heart of Irish Montreal, with street names like Rue Saint-Patrick, Rue d'Hibernia, Place Dublin, and Rue des Irlandais testifying to its heritage.” There’s also Rue de Coleraine and for some strange reason Fortune Avenue and Rue de Paris.

When my grandparents arrived in Montreal from Northern Ireland in 1922 they settled across the Lachine Canal in Ville Emard, a mostly French and Italian neighbourhood. I have no idea why they didn’t settle in the Irish neighbourhood.

What I really noticed walking around the Point was how cut off it still feels from the rest of Montreal. It’s bordered by train yards and the Lachine Canal and, until recently, you even had to go through the Wellington Tunnel when leaving the Point. But more than the physical borders, the Point is a self-contained neighbourhood that hasn’t changed much. It’s still mostly Irish and there are still no chain businesses; no McDonalds or 7-11s or Starbucks or even Tim Hortons. 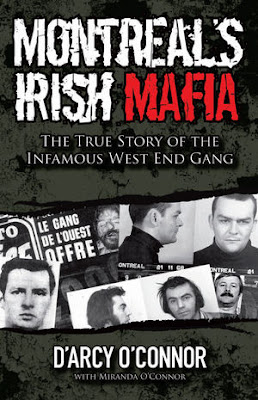 And that self-containedness of the Point figures in a true crime book I read recently, Montreal’s Irish Mafia by D’Arcy O’Connor and Miranda O’Connor.

According to the book, the Irish mob in Montreal, usually referred to as the West-End Gang, wasn’t a closed-off, hierarchal mob, it was more a loose organization of crooks who knew one another and worked together when they needed to. And they weren’t all Irish – the Canadian mosaic at its finest, I guess.

But the port of Montreal (world’s largest inland port), according to reports, has been controlled for years by Irish guys from the Point. And, according to Wikipedia (where would we be without the Wiki?), “Police estimate that over a 15 year span from the late 1970s to the early 1990s, the gang trafficked more than 40 tons of cocaine and 300 tons of hashish, with an estimated street value of $150 billion.” Montreal was also the port of entry for the heroin in the famous ‘French Connection,’ ring.

Some of the old factories along the canal have been turned into condos but otherwise there really isn't much gentrification going on in the Point.

Probably every city has a neighbourhood like this and there’s probably some crime fiction set in most of them. Any favourites? 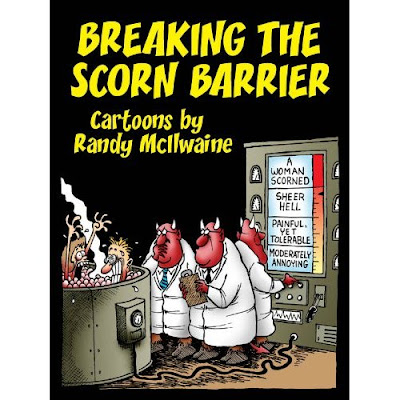 One more thing. My buddy Randy who gave me the tour is a cartoonist and has a book available for Kindle, Breaking the Scorn Barrier that’s very funny.
Posted by John McFetridge at 3:00 AM