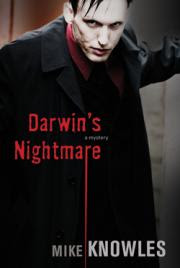 Back in the dark ages of Do Some Damage, when you still had to hand-crank a computer to get it started, one of the first contributors here was Mike Knowles. At the time he had one novel published, Darwin’s Nightmare, the story of an independent tough guy in the tough city of Hamilton.

There is a Hamilton-Toronto rivalry best seen in the Canadian Football League – a few years ago (well, quite a few years ago now) the Hamilton Tiger-Cats won the championship, the Grey Cup, they had a parade as winning sports teams do, and at the very end were four guys carrying a bedsheet with the words “Argos Suck” painted on it. They weren’t officially part of the parade, and the Ti-Cats had beaten the Saskatchewan Roughriders for the Cup, not the Toronto Argonauts, but those guys still got one of the biggest cheers from the crowd as they passed.

So it was great to see someone capture that feeling of Hamilton, that kind of, we don’t give a shit what you think, this is what we are, attitude in a novel. 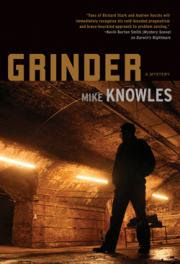 Mike doesn’t blog anymore, he isn’t on Twitter and he doesn’t even have a personal webpage. He does have an Amazon Author’s page where all of his books are available for the Kindle. They’re also available for the Nook and the Kobo and even as old-fashioned hardcovers and paperbacks, though at most bookstores you’ll probably have to order them.

There’s been lots of great press for Mike’s books. Like this, from CrimeSpree magazine:

"picture perfect hardboiled writing. Knowles has a real grasp of the underbelly running under society and his characters all breath with authentic boozy cigarette breath. A great read and a great new voice." 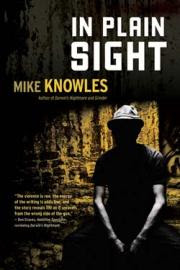 "Gunfights and well-choreographed scenes of carnage abound . . . This is pure, visceral action"

"With lots of action and tension and plenty of dialogue, Wilson's story moves along rapidly as he struggles to cut his ties to the past."

Bottom line is that these are terrific books.
Posted by John McFetridge at 3:00 AM

Consider it added to the stack.

It's ok if he ran away if this is what he's doing.