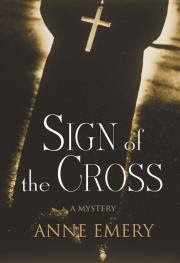 A few weeks ago I was lucky enough to be involved with an evening of crime at the Sleuth of Baker Street bookstore in Toronto and the headliner was Anne Emery, author of the Collins-Burke mystery series.

The first book in the series, Sign of the Cross, introduced Monty Collins a lawyer who... well, I’ll just let the back copy say it:

Be careful what you wish for, his mother used to say. Yet how many times, in his twenty years defending the underclass, has Monty Collins wished for a client who is intelligent, articulate and tattoo-free? Now he has one, but it’s not long before his mother’s warning comes back to haunt him. Father Brennan Burke was born in Ireland, raised in New York, educated in Rome – he’s equally fluent in Latin and the language of the street. And he is the prime suspect in the killing of a foxy young girl whose body was found carved with a religious sign, a sign that points straight to the priest.
From their first meeting, Monty finds Burke acerbic, arrogant, and evasive about his relationship with the victim. Conflict between lawyer and client simmers all through the ordeal that lies ahead, as evidence piles up and murder charges seem inevitable. With Burke remaining tight-lipped about his past, Monty has no choice but to go behind his back and conduct a probe into the life of his own client. Never in his career has Monty been so lost for answers, until a long-forgotten incident takes on new and ominous meaning... 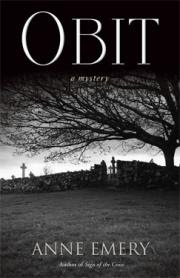 Sounds good, doesn’t it. The book takes place in Halifax, Nova Scotia, a city and a province that’s almost always seen through the eyes of tourist promoters eyes so it’s great to have some characters dig into the place a little deeper. My Mom grew up in rural Nova Scotia and I spent my summers as a kid at my grandmother’s house there (which didn’t have indoor plumbing until my Dad put it in when I was eight) and there are definitely non-tourist places.

The second book in the series, Obit features one Declan Burke, a terrific crime writer who also runs the blog, Crime Always Pays and... no, that’s not right. This Declan Burke, “fled Ireland forty years ago and never looked back. Now settled in New York, he thinks he’s put the old country behind him, until he reads the obituary of one Cathal Murphy. The obituary, he sees at once, is not about Murphy at all. It is a coded indictment of Burke’s own life.”


More in the series: 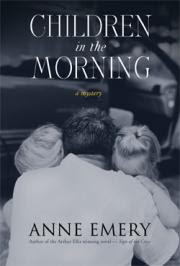 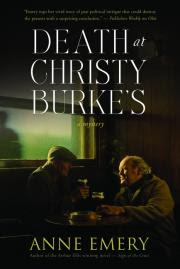 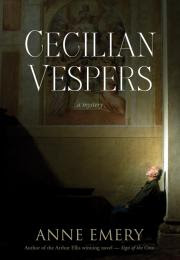 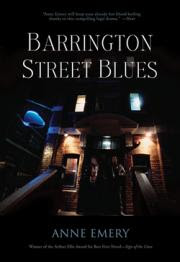 Anne's books are available in hardcover, trade paperback and e-books from all the usual suspects and, of course, if you're in Ontario the best place to get them is the Sleuth of Baker Street. If you can't make it to the store you can always order them online here.
Posted by John McFetridge at 3:00 AM

Thanks for making more Canadian writers known to us, John. I will pick some up in Stratford. I think I have the first one somewhere from a trip to Toronto two years ago.

Patti, if you're going to be in Stratford you might want to pick up some Giles Blunt, his books take place in Ontario - he calls the town Algonquin Bay but it's really Thunder Bay ;). Forty Words for Sorrow, The Delicate Storm, Black Fly Season and Crime Machine are the ones in the John Cardinal series. A little bleak, but you probably won't mind ;).

SIGN OF THE CROSS it is, then.
Odd that it's $7.16 on Kindle. I'm guessing that is because it was set at the Canadian price.