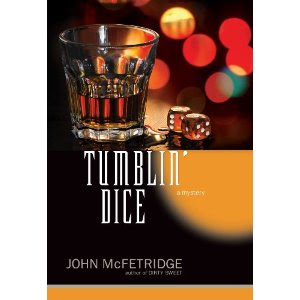 Yesterday someone (okay, it was Jay) tipped me to this.


And I realized I better finish it. I’m only two years late with the manuscript.

I’ve been making excuses for quite a while, saying I got sidetracked by TV writing, adapting the Dirty Sweet screenplay, pitching TV shows, writing spec pilot scripts and so on.

But why? Why did I let the novel slip away? Why was I avoiding it and making excuses and thinking that I’d never write another book? After I thought about all the usual bullshit pop psychology stuff (fear of failure, fear of success, etc.,) I realized it was because the first three novels I had published didn’t sell. I got caught up in the idea of trying to write a book that would sell. I went looking for a hook or an edge or something that would get me onto a bestseller list.

Which is crazy. It’s not why I started writing. Sure, I always hoped my books would sell but that was never the driving force. Like pretty much every other writer (of my generation, before you kids got into the whole self-published e-book thing) my definition of success was getting published. And I got that.

So I was rolling along writing another book with some of the same characters exploring another pretty simple theme; do people change? I wanted to get some people together after a long time apart and I thought about a reunion like the movies we were talking about a while ago, The Return of the Secaucus Seven or The Big Chill, something like that, but I couldn’t get this idea out of my head that I wanted to sell some books.

I’d started writing Tumblin’ Dice, I put a couple of scenes from it online as flash fiction and people seemed to like the characters, this reunited rock band playing the nostalgia circuit at casinos and robbing drug dealers and shylocks along the way and then they were going to stop at a casino north of Toronto I call Huron Woods where the band’s first manager from back in the late 70’s is now the entertainment director. And he’s hooking up with some of the bikers from my previous books to push out the mobsters who are running the loan sharking, drug dealing and prostitution at the casino. And to counter all this very organized crime I had the story of the cops from a number of jurisdictions in two countries having a lot more trouble getting organized.

So as I was reading reviews of my previous books that said they had too many characters and were too hard to follow I started to think this one was, too. No matter how much I tried to link all these subplots through the idea of questioning how much people can change, I knew I was writing a book that not many people would like. It was falling between the cracks – there isn’t much action, very little violence, no real mysteries to figure out.

I tried taking out subplots and reducing the number of characters and making the story about a single murder and the cops trying to solve that. Or a couple of murders.

Then, of course, I was writing a book I didn’t like much but one that followed a more proven formula.

So, I finally smacked my head against the wall hard enough to realize that I have, as my mother-in-law would say, stepped in the butter dish here. I have a publisher who is happy to publish my very poor-selling books exactly the way I write them. Even this one that we all know won’t sell any better than the previous three.

This is something that comes up rarely in discussions I’ve followed about self-published e-books, this idea that you can write and make available the exact book you want. No compromises for commercial success (what we old fogies used to call “selling out”) or even censorship. There’s lots of talk about how great it is to be rid of the “gatekeepers” but then most of the e-books I see are within the same fairly narrow range as the books these gatekeepers publish.

And that’s probably because the only kind of success for e-books I see talked about much is sales.

The thing that I like most about e-books is the possibility to publish books that might not otherwise get published or might not get very well distributed; short story collections and anthologies, novellas, books of flash fiction, all kinds of experimental fiction – anything really, for which the sales potential may seem limited.

It’s early days yet and I expect we’ll see a lot more being done with the e-book form.

What kind of things would you like to see with e-books?

Now I have to get back to work and finish this book. I’m thinking about having a big T Rex come in at the end and eat everyone...
Posted by John McFetridge at 3:00 AM

Though I don't have the energy to look hard for an agent, I can't picture making my books ebooks. I mean who would read them? How would anyone know they are out there?
I would like to think the best ebooks would be niche books--ones that didn't fall squarely into any genre.
But I think what's going to happen is that most ebooks will be by writers who got dropped; backlists of books out of print; and that sort of thing. I doubt there will be many writers who become known via eboosks alone.

make sure that T Rex is wearing slippers, or it'll never work.

Look forward to your next book, whatever format it takes.

I do think we'll be seeing more series ebooks like Lee Goldberg's THE DEAD MAN popping up. Series that are quick reads with a good price point and giving writers new and old a wider audience.

Here's what's dumb about ebooks.
Friggin pages. Why do I have to 'turn the page' on my Kindle? Dumb. Why can't I just scroll around. They're not pages. I heard someone call a good book "a real page-swiper." Sounds like an iPad reader.

That's where these flash collections are so great. A few 2,000-word stories.
You think Scribner is going to buy the rights to your 12,000-word collection? Hell no. But put that puppy up on the Kindle/Nook and let some folks read it.

Heck, I've read tons of great stuff from self-pub -- Chris Holm, Nigel Bird, on and on.

This won't just be a revolution for alternative subject matter. None of this "oh, it's too dark for harper collins so buy this ebook now" kind of stuff.

This is a good time to be alive.

"Tumbin'Dice" sounds awesome, so get cracking on it, so I can read it ;) The "complaints" about your previous novels, are exacly why I love them so much.

The real power of ebooks (as I perceive it) is to democratize the notion of success and empower the writers in negocations deals.

Like Anthony Neil Smith said, e-publications is a farmer's market. Success is defined by the quality of your goods. If people like it, they'll come back. I can see surprising literary trend emerging from this.

Thanks guys, I appreciate the support. And Ben, when I finish this one the next book will be set in Montreal. In 1970, but still, in Montreal.

What Could Be Better Than Autumn in Paris?

by Holly West First—I'd like to thank Scott for graciously allowing me to borrow his spot today. I appreciate it! I always love visitin...