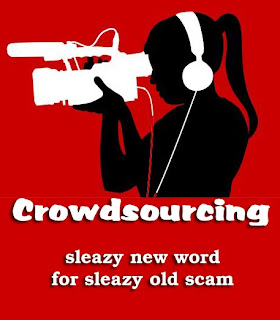 A little self-indulgence today (yeah, I know, what makes today any different ;).

Although I’m not quite finished the novel I’m working on – only a few months past the deadline now – I can see the end of the tunnel and I’m pretty sure I’ll be there in the next couple of weeks.

And then I’ll immediately start thinking about what to write next.

Well, that’s not entirely true, I’ve been thinking about what to write next for a while. I’ve been pitching TV series (serieses? Seriei? It’s like a drug, working on The Bridge was like that friendly stranger when I was a teenager) but I will always think of books first. Books offer so much more freedom to the writer, you can write whatever you want, no budget restrictions so you can have as many characters, locations, and expensive set-pieces as you want, no censorship (well, no censorship that would affect what I write – adults involved in sex and violence), no specific length requirements and no networks, sponsors, producers, directors and stars to please.

Which, of course, is also the problem.

I’ve mentioned before that a TV writer I worked with (Peter Mohan, great guy) said that writing episodic TV is like writing Haiku. Sure, there’s a strict structure but that can be a terrific starting point.

And then last week someone asked to do an interview with me and one of the questions mentioned a flash fiction I wrote called, “Who’s Angie Dickenson?” and I remebered I once thought about expanding that into a novel.

I thought maybe I should ask people if they’d like to see that? Maybe offer a few flash fictions and a few new ideas and ask which one people would like to see turned into a novel?

I know I’m supposed to have some idea that I’m driven by, some idea that I just can’t stop thinking about until I write it down (like getting a song in your head and only listening to it will set you free) but I’ve been wondering about the changes in writing and publishing and although e-books and self-publishing get the most press the ability for writers to interact with readers really is at a new level and hasn’t been discussed much.

So, what do you think, would a poll with a few ideas be worthwhile?
Posted by John McFetridge at 3:29 AM

It could be a lot of fun, both for you and the respondents. You might end up not using any of the ideas, though something someone else suggested could spark a different idea for you and away you go. That doesn't mean you don't have a burning drive to write for that character; you just developed that burning drive in a different manner.

Let's face it, we've all wondered what to do next, and, as readers, we've all thought, "I wish would do a book where was the star.

Bring it on. My current project was an idea my mom had that I'm running with...only I'm not sure she'll end up liking what I'm writing. While the business of writing is truly a job, the spark of inspiration is what makes it entertaining and unexpected.

I think a poll might work for a title, but could you really write a whole book on the basis of what we like best. Isn't it something that sneaks up on you, whispers in your ear. I know as soon as someone shoots an idea at me, it's dead.
Although you know anything with Angie Dickinson in the title is going to be VERY popular.