By Brad Parks
Esteemed Guest Blogger
The last time I had a book to flog, I came to this very virtual space and broke bold new ground with my much-celebrated blog post 10 THINGS CRIME FICTION WRITERS CAN LEARN FROM PARIS HILTON. 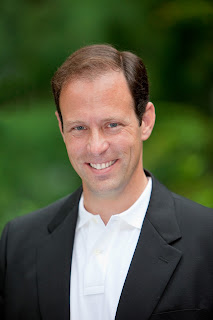 It was ground-breaking because no one had ever waded into this den of hardcore noir practitioners to blog about such an utterly vapid topic.
It was bold because I made fun of Bill Crider, who is a noted sociopath. (Had I known then what I know now, I would have made fun of Steve Weddle, who keeps trying to come up with these tough-looking profile pictures in defiance of the simple fact that he looks like Richie Cunningham).
It was celebrated because it started a sartorial war with Dave White, wherein I pointed out that even though he’s an almost-grown, almost-man he retains the fashion sense of a colorblind frat boy; and he pointed out I dress like an 80-year-old going out for the local shuffleboard team.
Anyhow, the blog post became an instant Internet sensation. (By “sensation,” I mean, “Janet Reid picked it up and wrote about it on her blog, which gets twenty times more traffic than this dump.”). It vaulted me onto the bestseller list. (By “bestseller list,” I mean the one kept by my mother, in which I outsell John Grisham, Stieg Larsson and Lee Child combined). It even got me some cherished quality time with Paris herself. (By “herself” I mean certain video representations of the heiress).
Now here I am, a year later, pushing my next book – it’s called EYES OF THE INNOCENT, it releases today, Michael Connelly blurbed it, and if you don’t buy it Russel D. McLean will be forced to kill a puppy – trying to once again make blogging history.
And so it is time to extol my other twiggy blonde role model: Taylor Swift.
I know. I know. I’m about 20 years older than her core demographic. I’m also a dude. And you’re probably thinking it’s not possible that a critically acclaimed author such as myself – an Ivy League-educated, award-winning writer whose second book shows his burgeoning maturity as a serious voice in crime fiction, inasmuch as it contains fewer boner jokes – could possibly find inspiration in a simple, sweet-faced country music star.
But I do. I love Taylor Swift. And not just because I have this dream of being one of her back-up singers. (Taylor, if you’re reading this: I made Connecticut All-State choir three times in high school. I was even once lucky enough to sing with Joelle Charbonneau. Any chance I can have an audition?).
I own all her albums. I sometimes listen to her music while I write. I even once subjected myself to an entire viewing of The Ellen Degeneres Show just because Taylor was on it.

I love that she can write a song in thirty minutes. I love how she turns phrases (personal favorite: “You made a rebel of a careless man’s careful daughter.”). I love that anytime someone messes with her, she turns to her pen for revenge and absolutely f!&ks them up (dying to know which woman inspired “Better than Revenge,” in which she sings, “She’s not a saint and she’s not what you think, she’s an actress/ She’s better known for the things she does on the mattress.”).
And you know what? Even more than I love her, I respect her. So should you. She wrote a 350-page book when she was 12 and had the good sense to keep it in the drawer forever (Dave White only wishes he did that with WHEN ONE MAN DIES). She once did a 13-hour meet and greet to thank her fans, which I find impressive not only because it shows she remembers who to thank for her success, but because I’m not sure I have 13 fans who would be willing to meet and greet with me for an hour each. She doesn’t use co-writers (take that James Patterson!).
And – this is the most important thing of all – the chick knows how to tell a story. Listen to any of her songs (borrow my iPod if you need to), and you’ll quickly hear there’s a strong narrative in every single one of them. That’s more than Philip Roth can say about his work.
Yes, there is much this multi-Grammy-winning artist has to teach all of us. And so I did my usual exhaustive research – a good five minutes of pulling quotes off the bio on her personal website – to arrive at:
10 THINGS CRIME FICTION WRITERS CAN LEARN FROM TAYLOR SWIFT
1. “Hi, I'm Taylor. I've been alive for 20 years now, and I finally have my own kitchen.”
This is a great first lesson any for author, or would-be author: It’s good to have simple goals.
2. “I love bright colors and things that make reality seem more whimsical than it is… I over-think and over-plan and over-organize.”
Always bear this incredibly prescient observation. The first part aptly describes the prevailing attitude at most publishing companies… unfortunately, the second part does not.
3. “These days, I've been trying to classify my thoughts into two categories: ‘Things I can change,’ and ‘Things I can't.’ It seems to help me sort through what to really stress about”
This is good advice for thinking about the buyers at Barnes & Noble.
4. “I still love writing in my journal and wearing dresses all the time and staring at chandeliers.”
Funny, so does my publicist. What makes it funny is that his name is Hector. (Though, I will say, an A-line flatters his figure quite nicely).
5. “Love is a tricky business. But if it wasn't, I wouldn't be so enthralled with it. Lately I've come to a wonderful realization that makes me even more fascinated by it: I have no idea what I'm doing when it comes to love. No one does.”
Substitute the word “love” with the word “publishing” and you have one of the truest statements ever written.
6. “I've apparently been the victim of growing up, which apparently happens to all of us at one point or another.”
This is the case for most folks – except for the undead and associate editors, who as a collective will remain roughly 25 for all time. Remember this well, because if you are unpublished, these might be the people who will be taking a first read of your precious manuscript. Oh, and some of them probably listen to Taylor Swift.
7. “I just think every once in a while you need fries and a chocolate milkshake and your mom.” 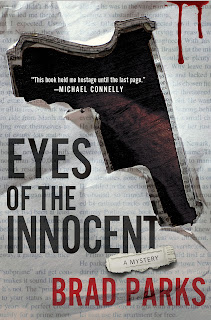 Sorry, that’s not advice. That was just me after reading my first one-star review on Amazon the other day. (“This book set my teeth on edge and quivered my skin in repugnance,” wrote a woman named Kat Warren. “I cannot fathom the enthusiasm for this egregiously opprobrious mystery novel. If the content didn't repulse then the writing should have given pause.” Luckily, she wasn’t one of the Shamus judges).
8. “I'm still beyond obsessed with the winter season.”
So is the sales rep at your publishing company. Which is good when it finally is the winter season. Then it becomes the spring season and he totally forgets your name. Ah, just kidding. I love the Macmillan reps. They’re the best. And I know they love me, too… you, uh, you do, right guys?
9. “I still love … really old cats that are only nice to you half the time.”
And if you have this attitude, you will get along great with book reviewers.
10. “I'm pretty stoked that you read this whole thing. I commend you for that. This was ridiculously long, and you probably have other stuff you could've done in the last four minutes. So to you, or anyone else who has spent four minutes on me in some way-- listening to just one song, or watching one of my videos….Thank you. I love you.”
You and me both, Taylor. You and me both.
Brad Parks’s debut, FACES OF THE GONE, became the first book ever to win the Nero Award and Shamus Award, two of crime fiction’s most prestigious prizes. His next book, EYES OF THE INNOCENT, releases today from St. Martin’s Press/Minotaur Books. Library Journal gave it a starred review, calling it “as good if not better (than) his acclaimed debut.” For more Brad, visit his website, follow him on Twitter or became a fan of Brad Parks Books on Facebook.
Posted by Steve Weddle at 3:00 AM

Almost had me thinking you were serious, until I got to the list. Terrific post and best of luck with the new novel.

And you really think your novels will hold me over until the next Reacher book is released? Ha!

After reading this...I don't feel silly about all my love interests on my blog anymore. Maybe, just maybe, one of your characters will make it to my list! Great post and best of luck getting a date with Taylor. Word on the street is she likes *older* men. ;)

FACES OF THE GONE was great. Looking forward to reading EYES OF THE INNOCENT.

And good luck finishing the drafts for ELBOWS OF THE DEPARTED and ANKLES OF THE TWISTED.

Weddle -- I think my agent is really looking forward to ASSES OF THE FLATULENT.

Sean -- I really DO love Taylor, though, yeah, maybe this has a few tongue-in-cheek elements.

David -- I suspect I've totally blown my noir credentials. You're never letting me come back on BTAP again, are you?

Sabrina -- I assure you my ardor for Ms. Swift is purely platonic. (Otherwise I'd just be one of those skeevy guys like John Mayer... sorry, that just sort of creeped me out a little bit... If you're in your 30's and can't take your girlfriend out to a drink in a bar, something is very wrong).

Kathleen -- Thanks for the kind wishes.

Dave -- I know you're a proud alumni of New Brunswick Tech, but there's no need to cast aspersions on others.