By John Rector
While Russel sets out in search of the mysterious cities of gold, we're taking the chance to get a few different voices onto DSD. This week we welcome John Rector. John's a long time friend of DSD, ever since we first started talking about setting up the site we've been looking for way to work with him, and we're glad to have him. John is the author of two books, THE COLD KISS, released this past summer (with a firm DSD seal of approval) and THE GROVE will be out in the U.S. in november. 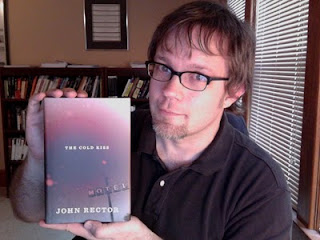 Email ThisBlogThis!Share to TwitterShare to FacebookShare to Pinterest
Labels: John Rector, The Cold Kiss, The Grove

Good post, John. Very concise rundown of the elements of compelling fiction. I read THE COLD KISS and liked it very much. Anyone out there reading this comment should go buy it.