I’ve been asked by “Do Some Damage” to guest blog. Thank you! 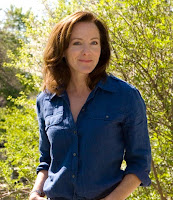 My second book, Running Dark, just launched, so my first year as a published author has ended. I see that Joelle’s first year is about to start (congratulations!) so if I may, let me give some tips.

My deal was a two-book deal, so I was now under contract to write a second. My idea for Running Dark involved Somali pirates taking over a cruise liner. When I started with this premise, the pirates had yet to become the force they are now in the Gulf of Aden. So picture this, I’m in New York meeting with my brand new publisher and when they ask “What’s the second going to be about?” I say “Somali pirates taking over a cruise liner.” I am met with silence. Then a polite, “Pirates? Like Jack Sparrow?” I hastened to explain that I’d read about one event in 2005 when some pirates had shot rocket propelled grenades at a cruise ship. They took out two staterooms and had the guests hitting the deck, but no one was hurt and the ship got away. To their credit, they let me run with it. The pirates took their first oil tanker when I was 60,000 words in and I no longer had to explain the concept of Somali pirates.

Running Dark is garnering good reviews and everyone loves the concept. I couldn’t have created this book unless I kept writing the second in the forefront of my mind. Start writing your second right away. You’ll find that launching the first can be an overwhelming experience, but the second is what a career is made of.

My publisher (Harpercollins /Morrow) did not wish me to tour. In fact, they seemed to shudder at the idea of a debut author touring, a reaction that I didn’t thoroughly appreciate at the time. They emphasized regional signings in areas where I could generate enough attendees to make the launch worthwhile. They were concerned that as a debut author I wouldn’t manage to do this in locations that I had no contacts, few or no one would show and both me, and more importantly, the bookseller, would be disappointed. Did I tour? Yep! Was it worth it? I think so. Did lots of people come to see me speak? Not always. Touring as a debut author is an interesting experience. I’ve flown one thousand miles and then driven thirty minutes to a store that has three people waiting to hear me speak. In fact, for a signing in LA not one person appeared because they’d closed the street for a “Public Enemies” premiere. I couldn’t compete with Johnny Depp. Still, the bookseller had warned me, asked me to come anyway, and handed me sixty preordered books to sign.

Touring gets you to meet the booksellers, and this is why you’re doing it. If you can afford it, tour. (And this year, HC planned the bulk of my tour across the country).

I go to New York at least once, but usually two or three times a year. Once is during “Thrillerfest” an industry conference put on by the International Thriller Writers. The other trips are business or friend related (I used to live there). On every trip I make a point to have a drink or dinner with my editor, agent, and take a run through Central Park with my marketing director, also a runner. New York is the center of the publishing industry. Many of the biggest players are there, and you should be, too.

I have an outstanding publicist, free, through the house. She does the heavy lifting in a lot of areas. But after I decided to tour, I hired my own local publicist to help plan. (Dana Kaye of Kaye Publicity). She interacts well with NY, and helps me with the myriad of details that arise when a book is launching. If you can afford it, hire a PR person at a reasonable cost. Your New York publicist has sixty files on her desk and probably would welcome the help. 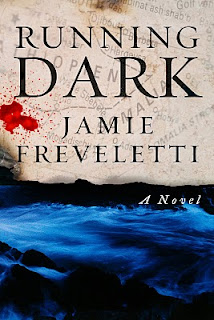 5. SALES COUNT BUT CREATING A GOOD PRODUCT DOES, TOO.

Writers are under intense pressure to sell. I debuted during the biggest economic downturn in forty years. Readers that used to buy a hardcover without thinking, no longer did. Libraries saw a surge in business, as these readers, unwilling to give up their beloved books but no longer able to pay for them, utilized the free service. Established authors saw fifty percent declines in sales. Many writers have taken the “you must sell” mantra too literally, and they have turned themselves into marketers, which chews up their time and relegates the actual writing of the second to a back burner. Don’t do this. Yes, I realize that if you don’t sell the first you may not get to the second, but if necessary you can sell the second under a pseudonym, leaving the first--and your poor numbers-- behind. Search for balance. I know one writer who has tried just about everything you can imagine to market. While I think he’s sold more books than he would have otherwise, he has remained solidly midlist. If marketing automatically turned one into a New York Times bestseller, he would be one right now. Take a lesson. Keep writing in the forefront of your day.

Writing as a career is great. I’ve worked a lot harder jobs. Being a lawyer is intellectually stimulating and lucrative, but the days are long, (and the nights, and the weekends). Cocktail waitressing can be lucrative, but boring. Candle making, one of my first jobs, was hot, dangerous when the wax poured on us, and cemented my desire to go to college. Only the toughest survived that job, and I wasn’t one of them.

Writing is a strange alchemy of imagination and hard work, but I love it, and I hope to be doing it for a long time to come. My publisher just picked up books three and four and so I’m employed for a while.

Thank you to every reader who made it possible.
Posted by Steve Weddle at 3:00 AM

Hi Jamie! Congrats on your ITW win for best book:) It was totally deserved. And thanks for the congrats and the advice. I haven't yet gotten an outside publicist - instead doing much of that myself. Perhaps I will look into it. Congrats on book two. I hope that I am able to take your advice and enjoy every minute of my debut.

Thanks Joelle and Jay! Hope to meet you both in person sometime.

Hearty congratulations,Jamie. All the best for your next!