Of stories and factories

You know those BEST AMERICAN whatever books that come out each year? Aren’t they great? Sometimes I get them right when they come out. Sometimes I get them the following year when they go “Bargain Priced.” I was just working through the 2000 version of Best American Mystery Stories. Donald Westlake edited that one, which had some Shel Silverstein and Dennis Lehane in it. Stories from The Chattahoochee [more fun to say than spell] Review, The Oxford American, The Greensboro Review and other mags join work from AHMM and EQMM. This morning I was reading sweet action from Scott Wolven in the 2008 version edited by George Pelecanos. The 2008 edition also has stories by Kyle Minor, Alice Munro, James Lee Burke, Scott Phillips, S.J. Rozan and a ton of other talented folks.

So that’s the post today. Just wanted to say what I was reading. But while you’re here, let’s think about this for a second. I’m looking at print books that collect stories from print mags. Great stuff, yeah. 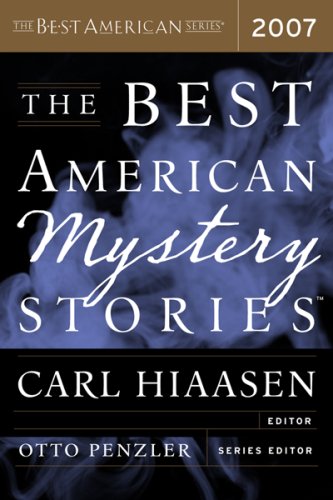 Not that long ago, if you wanted to read great short stories, you had to live near a bookstore. Or a library. Or have some subscriptions to the magazines that published quality short fiction. But now, we got quality stuff coming out our ears around here. Yeah, yeah. Good writing is dead. There’ll never be another Faulkner. Anyone can publish now. Blah. Blah.

Shaddup with that nonsense. This ain’t like poetry, folks. Writing fiction is hard work. And folks are publishing it all over the place. And now we’ve become our own collectors of good writing.

OK. I use Google Reader to sort through the blogs I wanna read. Mixed in with the blogs that tell me of Dave White’s suggestions for the Rutgers basketball team or what Jay Stringer thinks of the Wolves’ chances to avoid relegation, I’ve got some pretty fantastic fiction blogs. But it’s not just the straight blogs. We’ve got mags and zines and whatever else you want floating out there.

Today, Monday, the fantastic CRIMEFACTORY launches, featuring a couple of us DSD guys who sneaked in among some top-shelf quality. Head over and check it out. The site is great and the zine, all pdf-ed up, is a marvel of coolness, all retro-noired for your pleasure.

And that’s not all. Let’s use the DSD crew for a test case. Take a look at Dave White’s stories. His first two novels were about Jackson Donne. And you know where you could have seen Donne before the books? Over at ThrillingDetective. Yup. Short stories online. Russel D. McLean has stuff at ThrillingDetective, as well as plenty of other stops. And Scott D. Parker, Jay Stringer, and I have some of our best stuff over at Beat to a Pulp. Online shorts. Just a handful of examples. And look at what John McFetridge has done. He’s collected some of his stories in pdf form for you to download and read. That link over there on the right that says ‘Flash.’ Yeah, that’s it. And as for Mike Knowles, heck, I’m reading his GRINDER on my iPod touch since my local bookstore didn't have it. So I went clicky-click and had it from the amazons in a second. In other words, we’re all out here in various places online. And that’s not to take a damn thing away from print. That’s just giving more options.

Other top sites such as Plots with Guns, ThugLit, A Twist of Noir, The Feral Pages, and so many more (Yeah, I'm sure I forgot your favorite. Tell me about it in the comments.) publish great short stories. A couple of weeks ago I mentioned Flash Fiction. And Jay and I talked about it on the podcast. But going back through these BEST books the day before CRIMEFACTORY launches, just shows how much quality there is. This isn’t a matter of e-zines killing off the dead tree magazines.

This is about messing up my To Be Read pile. Let's focus on what's important here, folks: My reading pile. I not only have mags such as Mystery Scene and Crime Spree to read, plus short story collections and estimated nine inches deep – now I have to add CRIMEFACTORY and all these other great online collections to the pile. Thanks Keith, Cameron, and Liam for giving me more for my TBR pile – and another excuse to ignore the laundry pile.

Crime Factory looks awesome. I can't wait to make it through the entire magazine:)