Skating around with Joelle Charbonneau

If you’re a fan of Janet Evanovich, Toni McGee Causey and Lisa Lutz, you’re going to love Joelle Charbonneau. Her debut novel, SKATING AROUND THE LAW, was grabbed by St. Martin’s-Minotaur this summer and is scheduled to hit the shelves in the Fall of 2010. Since Joelle and I are repped by Stacia Decker at Donald Maass Literary Agency, I was able to coax her into letting me have a peek at the book. The book is funny and fast, with characters you care about. Oh, and there’s a dead guy in a toilet and a camel in a hat. 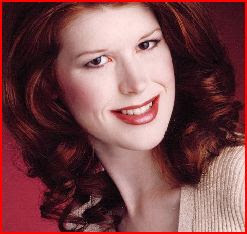 SW: So, what’s the deal with your debut book? Mystery? Romance?

JC: SKATING AROUND THE LAW is a comedic/cozy style mystery about a city girl who returns to her hometown in order to sell the roller rink she inherited. Only she doesn’t count on finding a dead body in a rink toilet. Now she’s stuck in a town she can’t stand with a sheriff who is better at gardening than solving crimes. With the help of her sexually active grandfather, a sexy large animal vet and an ex-circus camel, she has to track down the killer before the killer tracks her down.

Technically, I fall into the cozy category because my setting is a small town and the violence happens off screen. There is a romantic element to the book, but the book isn’t a romance. The only person having sex in my series thus far is Grandpa. He’s a frisky one…and no worries…that doesn’t happen on screen, either.

SW: Where are things now with the book? Working with an editor and getting the next books ready?

JC: The book is currently being edited by the fabulous Toni Plummer of St. Martin’s Minotaur. I should be getting my edits in October. Meanwhile, I am busy sending out the manuscript for author quotes, which is more terrifying than I thought possible.

I have book two in the series already complete – I finished the second one during the time my agent was submitting the book. I was very happy to have finished it before the series sold. Less pressure that way. I am now about 120 pages into the third book. Roller derby has made an appearance in the series and I am having a great time learning about the sport and the personalities.

SW: How has your background and training in opera influenced the characters and pacing of your mystery writing?

JC: As an opera singer and theatre performer, I learned a lot about rejection – so in that way I was a perfect candidate to become a writer.

The theatre and opera background also gave me great training in how to create a character. Actors often create pages of character backstory to help them present a well-rounded and believable character to their audience…but the audience never actually sees any of that information. They just use it for their own understanding of the character. The same is true in writing. A little backstory is necessary, but as a writer, we often know more about our main characters’ pasts than any reader ever needs to know. I think understanding that helps keep the unnecessary bits out of my writing and helps move my pacing along.

Also, music theatre and opera have scenes that end on great hooks. All genres require hooks, but I think mysteries and thriller writers have a higher bar to climb over. It is the nature of the genre. I never want to bore my audience, so I try very hard to keep my scenes focused and moving toward that hook.

SW: Your narrator in SKATING AROUND THE LAW returns to her small hometown after having been away in Chicago for her job. How does that impact her character and how she interacts with the locals?

JC: Rebecca has a lot of baggage back at home. Being in the big city allowed her to push that baggage to the side and just live her life. She didn’t particularly love her job, but she loved being away from her past. Now that she’s back, she’s forced to confront her feelings about the death of her mother and deal with the people that she thought shunned her years ago. Of course, she needs those same people to help her solve the crime, which leaves lots of room for conflict.

SW: When and where to you write? What is your process like?

JC: My process has changed a little since I have a toddler running around. I used to write in the mornings before I taught voice lessons or went to rehearsals. Now that a 21-month-old tornado is running around, I tend to keep my laptop high up on a counter during the mornings. I do the writing business stuff then – check e-mail, facebook, twitter and all that jazz. I try to get a couple pages written in the afternoon when the toddler tires out and goes down for a nap. And then, when he is asleep for the night I tend to get another hour or so in. I try to write about 4-5 usable pages a day.

When starting a book, I always start with the mystery. I know what the main crime is that Rebecca has to solve and I brainstorm the clues that might go along with this. I have a word document with that going. I also then have about five or six other story lines with ideas listed for what I would like to see happen. Rebecca’s relationship with the vet, her grandfather’s new career etc….they each get their own column on my word document…then I cross each thing off as I hit it or I make changes or add to the columns as new ideas hit. By the time I reach the end, this document helps me make sure I’ve tied up all the loose ends. I really hate loose ends.

SW: How many more mysteries will Rebecca Robbins solve?

JC: Depends on how much readers like the books. Three for now, but I have an idea for number four and a couple of thoughts for other books. The best part about mysteries is that the series can last a long time. However, that can be the downside. You better hope you like the people you’ve created, because, if it is successful, you might be there a while. I’m fortunate that I love my town and my characters make me laugh. I’d be happy to stay in Indian Falls and my roller rink for a long time.

SW: Not to tempt fate, but who would play Rebecca in the big budget movie?

JC: Reese Witherspoon? She’d need to dye her hair red, but I could definitely see it.

SW: What are you most looking forward to at Bouchercon this year?

JC: I’ve never been to Bouchercon, so I’m excited to experience a large mystery conference. I know lots of writers, but most of them don’t write mysteries, so meeting a large contingent of writers that do what I do is very exciting to me. Of course, I have recently learned that my publisher has a blow-out party at Bouchercon, so I have to admit I am looking forward to going. This will be the first time I feel like a member of the club.

SW: You and your friends have a night on the town to see any opera: Gilbert and Sullivan or Wagner?

JC: If those are my choices – I’m picking Gilbert and Sullivan. Pirates of Penzance is still one of my favorites. However, if I get to pick any opera, I’m going to Carmen. Seduction, matadors, gypsies and dangerous thieves with killer music. What more do you need?

SW: What is your favorite room in your house?

JC: The kitchen. In another life, I plan on going to culinary school and becoming a chef. In the meantime, I just create whatever comes into my head and hope that we aren’t ordering out for pizza later. (We haven’t had to do this, ever – but, I have the pizza place on speed dial just in case!)

Find out more about Joelle on the Twitters and the Innerwebs.
Posted by Steve Weddle at 3:00 AM

Great interview, Steve! I'm looking forward to reading your book, Joelle. I sure wish Stacia had not passed on my full. It would be fun "hanging out" with you guys. However, the fulls and partials are still out there...

I love how you organize your ideas in columns. I have a notebook where I jot down names and ideas. Like you, I don't like leaving any loose ends. That's the most unsatisfying part of reading - when you get to the end and don't feel like you got the resolution and information you wanted.

I also love how we both have musical backgrounds. Yours is opera and mine is rock and roll, but music is music - it's the universal language.

Best of luck to you with the series. Rebecca Robbins sounds like someone I'll greatly enjoy reading!

Hi Steve, great interview. Hey Joelle!! I can't wait to get my hands on a copy of Skating Around the Law. I think I have a thing for a camel in a hat. ;)
Cheers!

Great interview. Joelle, congrats again on your sale. I remember hearing the first chapter of this as a critique session, and I can't wait to read the whole thing!

Joelle, terrific interview, can't wait for the book to come out. I agree music in Carmen is sublime, my favorite.
Margot Justes
www.mjustes.com

I look forward to reading the book.

Steve and Joelle~what a terrific Q&A! Loved learning more about the book and, Joelle, I'm a Pirates of Penzance fan, too! :)

I love comedic mysteries, so this book sounds right up my alley. You had me at "dead body in the (roller) rink toilet".

Joelle - Welcome to the dark side - first to being published and second, on the mystery instead of the romance side. I'll look forward to reading the book.