Working Out and Writing: The Obvious Revelation

Today, my wife and I turn twenty-two and we have reached that stage in a marriage when we get joint gifts.

My wife is an accomplished jewelry artist (her website) so from the jump, store-bought jewelry was off the table, a thing that's both more a blessing than a curse since she can dream up anything she wants and just make it. Moreover, we are blessed with my full-time day job so we really lack for nothing.

So we opted for a joint gift this year: a rowing machine. It's a svelte little ditty that sits adjacent to our entertainment armoire in the TV room. It folds up with not in use, and there is room right in front of it for me to put my Chromebook in easy viewing range so I can follow along with the YouTube workouts I'm following.

For me this week, I've been doing my rowing exercises first thing in the morning. I wake, put on the workout clothes, and hop on the machine. Having never really worked out on a rowing machine before, this is Week 1 so I'm doing one of those beginner workouts. It's challenging enough to leave a thin sheet of sweat on me as I fold it back up and head on over to the kitchen table and bring up the latest novel-in-progress. With hot coffee next to me, I start writing.

And boy what a surprise I got this week.

Those ten minutes on the rowing machine not only woke me up way better than coffee, but it did so by getting my heart pumping and the blood flowing. Look, I know that's obvious, but before this week, I've never done a workout and a writing session back-to-back. It's an eye-opener.

With my body fully awake and ready for more--I'll be doing a longer workout next week after I get used to the technique of rowing--the only outlet I have is the imagination of writing. And the creativity pours into me and onto the screen.

As the anecdotal evidence was revealed to me this week, I remembered one of the DVD extras on season 1 of Castle. Stephen J. Cannell took actor Nathan Fillion through what a normal day for Cannell the Writer is like. A key part of his daily routine is working out.

I pump iron and do push-ups and pull-ups everyday, but it's the cardio workout right before a writing session that really enlightened me. I rarely need any outside prompt to sit at the keyboard and create stories, but I certainly have a new process I'm excited to keep trying. I can also imagine that day when the story isn't flowing as seamlessly as it should that I jump on the rowing machine and let the body do the heavy lifting and get the blood flowing while the brain rests. I suspect it'll clear the cobwebs pretty darn well.

How about you? Do you combine a workout and writing session?

I have dismissed the culture of writing advice many times. The only reason I pay any attention to Elmore Leonard’s 10 Rules of Writing is because they’re Elmore Leonard’s 10 rules of writing. He knew what he was doing. There are countless people out there on the internet right now offering you advice, and I’m fairly sure most of them aren’t Elmore Leonard.

But I still get asked for advice from time to time. So, with the standard disclaimer that these might only work for me, and you gotta do you, and with the reminder that these are offered for free, here are my own current 10 rules of writing.

Posted by Jay Stringer at 8:56 PM No comments:

Salt Blood in the veins

This week, Beau takes a look at SALT BLOOD, by T.C. Parker.

A remote island. A group of prisoners. And an evil as old as time.

Robin didn’t mean to break the law. Didn’t know at first what law she’d broken. And now she’s on her way to Salt Rock — a new-model prison for a new kind of criminal, way out in the remote Northern Isles of Scotland.

On Salt Rock, she'll meet other prisoners like her — men and women from all over the world, spirited away from the lives they knew for crimes they didn’t know they were committing.

She'll uncover the complex web of conspiracy that connects them all, confronting some of the darkness of her own past in the process.

And she'll come face to face, finally, with an evil as old as the land itself.

It’s hell in those waters. 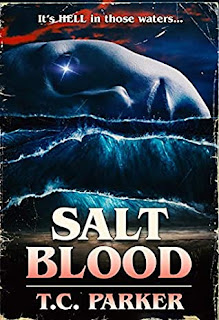 Get yours
Posted by Steve Weddle at 9:51 AM No comments:

The Art of The Promo

This week's rant will 100% NOT be about selling your books. Sorry, we all know the best way to do that is to spam strangers via DM. That's how King did it and that's how all of us should do it.

No, what I'm talking about is something I learned from professional wrestling: the promo. In wrestling, a promo is short for "promotional interview", a dialogue or monologue used to advance a story line. For anyone unfamiliar with wrestling, but familiar with guys like Hulk Hogan, these were the segments where all his veins popped out his neck and he called everyone 'brother'.

The promo, while entirely about conveying a story as broad as humanly possible (and really, just to sell tickets) is still a storytelling tool. That said, it is an incredibly POWERFUL storytelling tool. That broad scope. The simple to understand motivations, the very distinct line between the good guy and the bad guy - all vital tools to help you build out not only your own stories, but mostly importantly, your characters.
Now, I know a lot of folks look down at professional wrestling and at times, rightfully so, but I'm the type of person that not only enjoys the medium, but I've found opportunities to help my own writing via the use of storytelling within the medium (the violence itself is a big help for writing action, but that's for another rant).
So why is the promo helpful (to me)? Think about a promo as sort of a character sheet. Quite often, these performers need to leverage these shouty speeches as a means of not only selling the show but selling their character. Each iteration of these promos needs to not only be as accessible as possible, but they need to somehow carry a story along with them. At it's very base nature, the promo is both extremely simplistic but can become nuanced enough to build an entire character from.
Take our 80s icon above. You might remember the Hulkster was all about prayers and vitamins and all that junk, but beyond all the jingoistic nonsense and corporate morality, you can gain a pretty quick idea of who our hero is supposed to be. Is it cliche? Holy shit yes, but it's still a character sheet and the character is telling the story.
Which is why I'm a fan of using promos when I'm building characters. It's one thing to write out a background for a character, but it's another thing to let them speak for themselves. A monologue conveying my characters' motivations and emotions about the story they are about to embark on can be immensely helpful not just in giving the character depth but in discovering their voice. Trust me; you haven't lived until you paced in your office and read off three paragraphs as a character simply stating what they want, why the want it, and what they will do to get it - loudly. You'll spot contradictions, find the seeds of larger motivations and character arcs, and opportunities to explore headier concepts.

Just don't work yourself into a shoot, brother.

Angel Luis Colón is the Derringer and Anthony Award nominated writer of 5 books including his latest novel HELL CHOSE ME. In his down time, he’s edited an anthology or two, hosted a podcast, helped edit the flash fiction site Shotgun Honey, and has taken up bread baking during the pandemic because why the hell not?

Posted by Angel Luis Colon at 2:00 AM No comments:

Email ThisBlogThis!Share to TwitterShare to FacebookShare to Pinterest
Labels: craft of writing, Improving your Writing, On Writing, pro wrestling

Getting Back to Normal 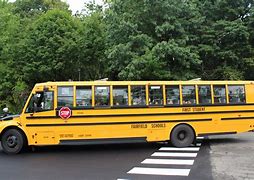 First, there are the back-to-school sales. Then friends in other counties begin posting first-day-of-school pictures. School buses are suddenly everywhere. All this despite my best incantations. It’s true, school is closing in on us. For my family school isn't back in session until just after Labor Day and for that I'm thankful. I realize this year has been a nightmare for so many, but for me it’s been a gift in many ways. We spent so much time together and it was great. Yes, my kids miss school and I want them to have that busy and productive life, but I’ll miss them.

As they’ve gotten older, they’ve developed into such interesting and fun people. This past year saw many of us stay inside and stay put due to quarantine and these restrictions helped me discover that I enjoy doing absolutely nothing with my girls. We stayed up late working on puzzles, baked treats and watched movies or listened to music. Took long walks. My oldest and I binged AVATAR and THE LEGEND OF KORRA. And JOJO’S BIZARRE ADVENTURE. Not only did I enjoy hanging with my girl, but I walked away stunned and impressed by the insane talent and creativity of Hirohiko Araki. We’re about to start a Ghibli marathon and I can’t wait. HOWL’S MOVING CASTLE is up first.

My youngest and I set on a mission to watch every Marvel movie or series available. She has decided to become Lady Marvel, the all-knowing Marvel expert. We had the serious discussion about comic vs. movie and how she needs to be able to debate timelines, meanings, and cannon for both. She set her sights on the Captain Marvel comics as her first series to conquer and now her shelves are running over. Plus, she introduced me to KPOP with Seventeen, Taemin, and Red Velvet. There’s a lot more to the music than some might think. And frankly some of the dancers in the field are better than anyone from the west. It’s been fun. In return, I introduced her to Stevie Nicks.

I’ve been needed more this past year than ever before. My kids had a lot to deal with and digest, like all kids. After all, it seems like Mother Nature turned on us and then we turned on each other. My mom and dad had a tough year. Both in their eighties, their health was one roller coaster ride after another. I’m so grateful that I’ve had this chance to take care of them and nurture them. My girls watch me and I know they see the kindness and consideration I try to shower on Nana and Popi. They know it’s important to love someone with all your heart while they’re still here. Fancy words and actions after the fact mean very little. A lot of lessons were learned these past months and we’ve all been so very lucky. So yes, I think I’m going to have a very hard time sending my kids back to school.


Posted by Marietta Miles at 2:21 PM No comments: