The Freedom to Change: The Haunting of Bly Manor

Two years ago, Mike Flanagan delivered The Haunting of Hill House, a horror show with a great emotional center I never saw coming. Now, in 2020, we get a spiritual sequel in Bly Manor, and Flanagan has pulled off a wonderful feat: daring to be different.

Unlike Hill House, I kind of predicted Bly Manor would have a nice emotional core. In that, I wasn’t disappointed. It was exactly that and more. But where Hill House was a horror show—complete with mystery and jump scares—Bly Manor dares to be less a horror show but more like an eerie tale of menace.

Loosely based on Henry James’s The Turn of the Screw—a book I’ve never read—Bly Manor is narrated in the present day by Carla Gugino to a small group of people. She tells the story of Danielle Clayton, a young woman who, in 1987, takes a job as the live-in nanny/teacher for a pair of children—Miles and Flora—at Bly Manor, tucked away in the English countryside. Rounding out the small group is the housekeeper (Hannah), the chef (Owen), and the gardener (Jamie).

Oh, and the ghosts.

That’s not a spoiler. It’s what you’d expect from a story taking place in a giant manor house. But who the ghosts are and why they’re there, that’s the mystery.

I’ll admit I haven’t watched Hill House since it debut in 2018 so I cannot remember all the intricacies. But I do remember some of the jump scares and genuinely terrifying moments. I expected that here as well.

Flanagan, however, had a different idea. Instead of manufacturing simple scares just to make viewers jump, he crafted a well-told story over nine episodes (one less than Hill House). The story’s leaner and swifter, pulling you along nicely.

We get a good dose of flashbacks and present-day action doled out in just big enough scoops to make the mystery tantalizing. My wife had recently see a filmed version of The Turn of the Screw so she knew a few plot points going in, but I didn’t. All I did was let the story wash over me.

The actors were stellar. A few of them—Henry Thomas, Victoria Pedretti, Oliver Jackson-Cohen, and Kate Siegel—also starred in Hill House. It was good to see them again. But the newcomers were just as good. Benjamin Evan Ainsworth, who plays Miles, can turn from innocent child into something else on a dime. That was unnerving. Another standout T'Nia Miller who played Hannah the housekeeper. There was always something buried just underneath her skin, and Miller was outstanding at her portrayal, especially episode five. And the scenes where she and Rahul Kohli (who played Owen the chef) interacted were very good.

It was probably around episode three or four that I realized Flanagan was doing something different with this new show. It wasn’t as scary. True, there was a palpable sense of foreboding, but not scary. Initially, I wanted the scares, but then I was content to watch the show he made. The longer the show went on and I finally noted what Flanagan had done, the more impressed by it I was.

Sure, Bly Manor could easily have just been Hill House 2 with even more jump scares and more lurid stuff, but that’s not what he did. He told a different kind of story, and I’m really glad he did. It let us viewers know that for however long he creates stories like this, they won’t just be cookie-cutter shows. They will be distinct stories with a similar, but unique style.

And it makes me even more excited to see what he comes up with next.

Email ThisBlogThis!Share to TwitterShare to FacebookShare to Pinterest
Labels: Haunting of Hill House, The Haunting of Bly Manor, TV writing 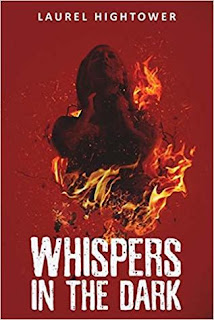 Posted by Steve Weddle at 8:17 AM No comments: 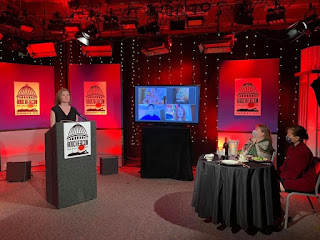 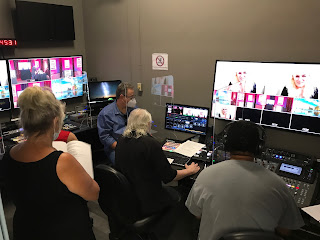