The calendar shows 52 weeks in the year, but if you count only productive weeks, there are only 51.

For these past few years, one of my favorite times of the year has become the week between Christmas and New Year's Day. In some ways, it's a truly calm week, our latest debate over the fiscal cliff not withstanding. Think about it: for over a month, but surely since Thanksgiving Day, it has been nonstop Christmas this and Christmas that. I get wrapped up in it like the rest of us. I watch certain shows and movies, I listen to certain music, and, yes, I read certain books. But come Christmas night, a sort of depression seeps into me. For all the joy of Christmas day brings, there's a realization that it's now over for another year. All the hype, the expectations, the shopping, the wrapping…it's all over.

Which is why the week between the two holidays comes at the right time, mentally. I am fortunate enough to have a job that enables me to take this week off, and this year, I did something I just never do. Nothing. I mean nothing. Normally, I'm a guy who gets up, even when I don't have, to in order to Do Something. This time, for some reason, that first day after Christmas, I woke up, got my coffee, and cracked open my iPad, and started reading the first collection of G. K. Chesterton's Father Brown stories. And that's all I did all day. I read some Father Brown stories, started on a Dickens biography, played Scrabble, and that's about it. Oh, I drank martinis and watched the first two Thin Man movies. Basically, I just rested, and only then realized how much I needed the rest.

Living a full year is a marathon, 2012 being one extra day longer than the usual year. For all the joy and fun the year brought to me, it was a tiring year as well. And, with Christmas a sort of finish line, the week after is the time you take just to catch your breath before starting off on the next marathon.

The new year--a new anything, really--is always so full of possibility, of expectation, or anticipation. One of the things I always do to close out a year is perform a year-end assessment, always in writing.  I do it during this non-week, as the one year ends and the excitement of the new year begins to grow.

Normally, I simply write things as they come to my head, but something a little odd happened for 2012. I started having a conversation with myself. By conversation I really do mean a back-and-forth conversation between the Me and the Me That Tells Me Like It Is. We can shorten that to Honest Me. It was an enlightening conversation, especially when it segued to writing. You see, we writers are masters of rationalization. We can rationalize anything when it comes to figuring out why we're not writing. And when these thoughts are bouncing around in your own head, you start to believe what you think. Tis how I did it.

But Honest Me set me straight. I'm glad he did, too. There are a few scales that have shimmered off my eyes now. They're a bit personal so I won't share them all, but the main crux of it is a willingness to write. Too often in the past, I make certain pronouncements to myself--"write a 1,000 words a day"--that end up being more of an obstacle than a motivation. I'm still creating a metric for myself--because I like to see where I started and how far I've come--but my metric is more workable. As is my primary goal.

I like end-of-year assessments. I can isolate the things I accomplished, my failures, and how I could do some things better. Mostly, however, it's a way to close the book on one thing and start looking forward to the new thing. The year 2013 will be a great year at Do Some Damage, with new books being published by our gang, new books and movies and music to be discussed, and heretofore unknown topics that will engage us all.

Are y'all ready? We are. So let's get started.

Do y'all do personal assessments?
Posted by Scott D. Parker at 1:41 AM 1 comment: 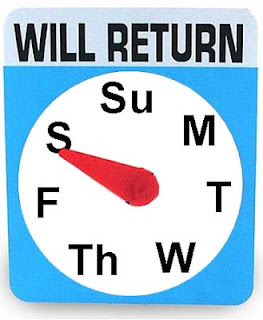 Posted by Steve Weddle at 11:52 AM No comments: