A conversation with Laura Lippman

I love it when an author surprises me. I don't mean that in a "wow, great plot twist" way. Though, that's always welcome. I mean when an author goes beyond expectations and delivers a book that is not only good/great, but different, thought-provoking and a notch above what's come before. That's how I feel about Laura Lippman's Wilde Lake.

Which isn't to say Lippman's previous work - 20 novels worth, natch - is anything to scoff at. I've made no secret of the fact that her Tess Monaghan books were part of the reason I'm even writing my own Pete Fernandez mysteries. She's one of a small group of writers that I will follow without question. Her books are automatic buys. So, I went into Wilde Lake expecting the usual level of quality. It went above and beyond.

I've had the pleasure of talking to Laura before and I'm grateful she took the time out of her busy schedule to chat with me about her new book, her process and her love for a certain animated series. As usual, this interview was edited for space, clarity and all that other stuff - it also first appeared via my newsletter. 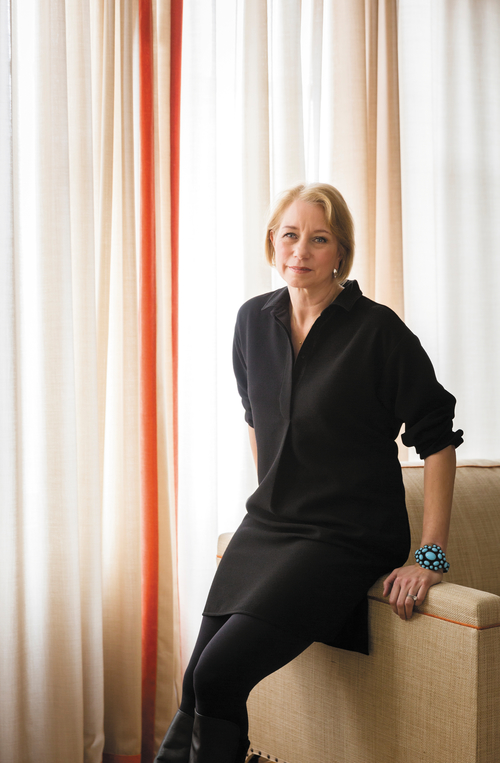 Laura, so I think this interview will veer away from what's now become my standard chat, if that's okay. Can you tell me a bit about the story behind your latest, Wilde Lake? What made this the book you had to write next?

I had been thinking a lot about rape. When Dylan Farrow published her letter on the New York Times website -- winter 2013? -- I found myself revisiting that event, how I reacted in the 90s when her father, Woody Allen, was accused of molesting her. At the time, I had been very comfortable with the paradigm of he said/she said/we can't know.

I'm not comfortable with that paradigm anymore. Because, if you think about it, there is a lot of stuff we can never know, but we don't shrug and say, "Well, I can't know what happened, so I won't have an opinion because the risk of harm is equal to both parties." Sure, if I were a juror, I would hold myself to the standard of a criminal court proceeding, beyond a reasonable doubt. But I'm not a juror. I'm a human being and I know some stuff. I know that the "problem" of false reporting is exaggerated in most people's minds while the problem of under-reporting -- a lot of sexual assaults are never reported to any law enforcement agency -- is quite real.

So when I decided that I believed Dylan Farrow, I began thinking about other cases where I might have not believed victims, initially. And I couldn't help thinking about To Kill a Mockingbird. Not because I disbelieve Tom Robinson -- he's so obviously innocent, that's the point. But the same elements, in a different time or place -- I saw how the story could play out quite differently.

The story runs very organically on two tracks, each happening in a different time, building toward one another. How challenging was it to keep everything straight? Can you share a bit about your process for writing a novel - generally, and anything specific that came up when penning Wilde Lake?

It took me quite a while to figure out how to tell this story and while I wrote a few chapters alternating between past and present, once I really understood what I was doing, I wrote one story first -- Lu's life from birth through a particularly notable funeral in the 1980s -- and then the modern-day story of a rather ho-hum murder prosecution. Then I had to write the final third of the book, which was all in the present day. 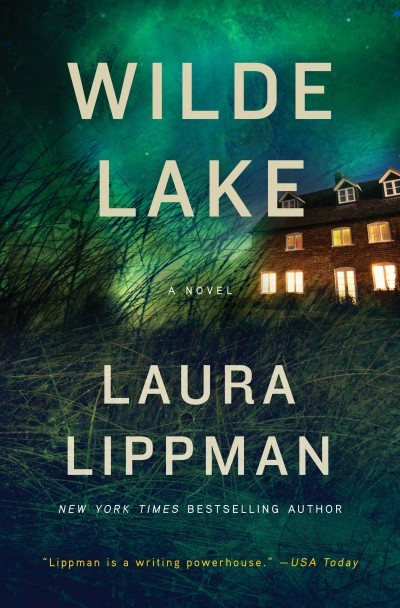 Lu Brant is a layered and realistic protagonist - she's driven and whip-smart but is also at peace with her flaws. She's career-oriented but also mindful of family. She feels very alive, which is great. What went into her creation?

A lot of me, a little Jean Louise Finch. The competitiveness, the drive, the perfectionism. And maybe some of my daughter, because she has a much older brother who means the world to her. May I tell you a really weird story? We were coming up on parent-teacher conferences recently at my daughter's school and she said to me: Mama, make sure you tell me everything that my teacher says, the good and the bad. My assistant looked at me and said: "That sounds a lot like a certain book I've read." It was really eerie, almost word for word out of my own book.

Now, I'm always curious about what authors are reading - in the moment and while writing. Are you a research-focused writer? Were there any books that you referenced while working on Lake? What have you been reading for pleasure lately?

A New City Upon a Hill, a very good book about Columbia, was key. I'm a very efficient researcher, and I knew Columbia well.

For pleasure, I am reading a galley of Ann Hood's The Book that Matters Most and I love it.

You've been very savvy about shifting between you're bestselling (and acclaimed) standalones and your long-running (and beloved) Tess Monaghan series. Does it boil down to you writing what you want as the mood strikes you, or do you feel like the standalones offer you the room to do new things that a multi-book series can't, by design?

I pretty much write what I want to write when I want to write it. That's an incredible privilege and I admit, I might have lost sight of how privileged I am a time or two. I'm not "pure," and if I had strict instructions to write to a certain market, I think I could do it. But I've been allowed to follow my own imagination and interests and -- well, wow.

Going back to Wilde Lake for a second: I hesitate to use the term "leap forward" here, because it's not like novel-writing is new to you, but the new book felt like you'd leveled up somewhat, like a culmination of your previous novels. For you, was it a difficult book to write? Did it differ much from the novel you envisioned when you first put pen to paper?

It took longer than any other book I had written. And it's only recently that I've begun to remember all the false starts, all the things I didn't do. Initially, I imagined a girl coming out of the lake and claiming she had been raped. A body found at a construction site. (It seemed impossible to write about Columbia and not take on development.) A man in prison who knew something about Lu's family.

I really try not to do things twice, though. So I didn't want Lu to spend time talking to an incarcerated man, that felt like a throwback to I'd Know You Anywhere. The girl emerging from the lake -- that had an echo of What the Dead Know. I've written 21 books and a collection of short stories. It's hard not to repeat myself. I let go of the development thread. I've come to realize only in talking about this book how much I resent Columbia's transformation from the place I knew in the 70s. Paved paradise/put up a parking lot would be overstating it, as I never thought it paradise, but I have a bizarre nostalgia for the deadly left-hand turn onto I-29 north. Back in my day, we didn't have no stinkin' overpass, kids.

What else are you working on these days?

I seem to have inadvertently wandered into this phase where I want to rethink, repurpose, retool beloved narratives. I'm working on a mean, lean little novel that's sort of a gender-switch of The Postman Always Rings Twice that also recognizes the very noir underpinnings of Anne Tyler's Ladder of Years. I have to work on a revision of the original book that my husband, George Pelecanos and I wrote for an original Pogues musical. And, every day, Monday through Friday, I write a new lunchbox note. My lunchbox notes are EPIC. A year ago, I don't think I had ever been inside a Michael's; today I have BINS of stickers, stamps, ink pads, paper, cards. Sometimes, my husband gets a lunchbox note.

I really hope those lunchbox notes are collected someday. It's a lost art, the lunchbox note. (Also, everything else you mention sounds amazing - A POGUES MUSICAL?!)

Ahem. In terms of other media - what have you been watching or listening to that's left an impression?

Catastrophe on Amazon Prime, although I love discussing it with my good friend Rebecca Chance, because I think she's right that there's a seed of female fantasy in it. And my attitude is: WHAT'S WRONG WITH FEMALE FANTASIES LET'S HAVE MORE OF THEM! Which is funny, because I think I used to argue with her about Jane Eyre, saying it was too much of a female fantasy, but then decided to succumb to its charms again. I loved Jane Eyre and then I didn't and now I think I love it again, and isn't it lovely to think of writing something that a person would engage with that way over a lifetime? (Well, 40 years for JE and me, which was a lifetime for a Bronte.)

I love Archer. That's the Lippman-Simon "no cheat" show; we don't watch it apart. I'm sure someone will write a very good "think" piece on why I'm wrong to love Archer, but if you rate the characters on IQ alone, Lana is clearly at the top and her only flaw is her man hands/having had sex with Archer; and then there's Mallory, who's a sociopath and a bad mother, but she can survive anything. Then Cyril and after that it's a big race to the bottom. So an African-American badass woman, an "unnatural" mother and a nerd are the most admirable characters.

Oh, I know what you mean. It's The Americans and Better Call Saul for us. Before we wind down, did I miss anything?

Did I? I probably have a few more thoughts about Archer. I am probably thisclose to writing Archer fanfic.

Please do this. And thanks for coming by! Always wonderful.
Posted by Alex Segura at 9:00 AM